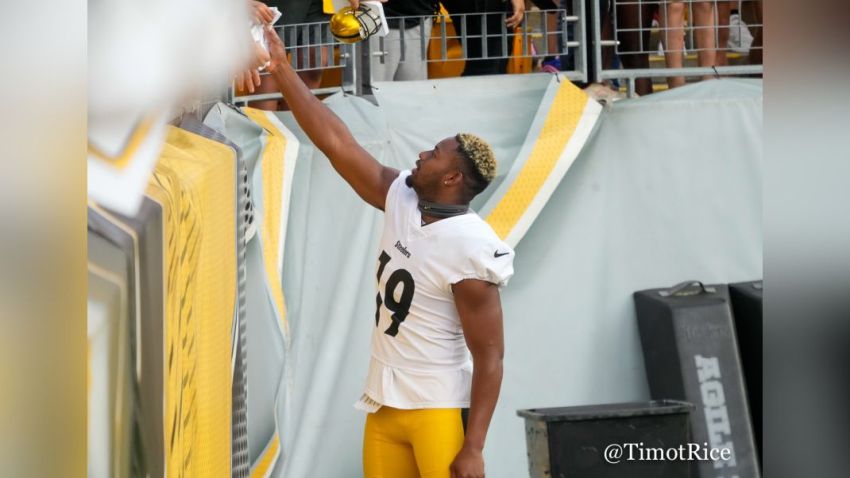 Question: Would you re-sign JuJu Smith-Schuster on another one-year, $8 million deal?

Pro Football Focus recently projected that Steelers pending free agent JuJu Smith-Schuster would sign a one-year, $8 million contract this offseason, much like he did a year ago when he came back to Pittsburgh. Only this time he has the sixth-year veteran going to the New England Patriots.

Say his value is $8 million, and he is willing to say in Pittsburgh even though Ben Roethlisberger is gone and the quarterback position remains uncertain. Do you take him back on yet another one-year contract at that price?

Keep in mind that Pittsburgh is already carrying a $5.6 million cap hit for Smith-Schuster because of the use of four void years on his one-year contract last season, which split up his cap hit over the span of five years—and then having four-fifths of it accelerate into 2022—rather than have the total figure hit in 2021.

Theoretically, that should be neither here nor there, because that’s money in the past, but it is something that some people may consider, others not. The question is, does he offer $8 million in value to the Steelers in 2022?

Personally, I think he’s ready to leave Pittsburgh at this point, barring their acquiring a significant quarterback in free agency or via trade. Unless they give him some type of promise that they are set on upgrading the quarterback position this offseason, I don’t see him wanting to stick around to play with Mason Rudolph—and I don’t blame him.