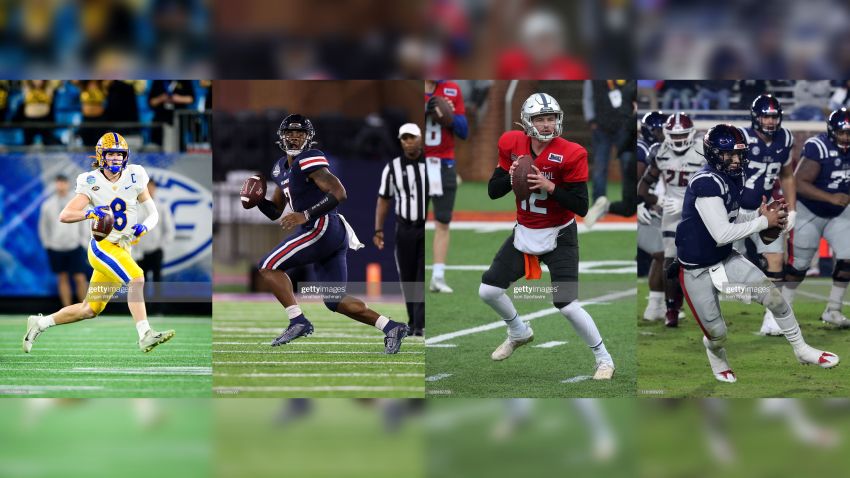 Question: Will the Steelers fall in love with any of this year’s quarterback prospects?

If there is one thing that there hasn’t been a shortage of this offseason, it has been mock drafts connecting quarterbacks to the Pittsburgh Steelers—even if that is the Steelers trading out of the first round to acquire an established veteran starter like Derek Carr.

While it’s certainly well, well, well within the realm of possibility that the Steelers would like to draft a quarterback in the first round, there are two questions that follow: Who might be available to them at 20 that they would be willing to draft there, and are there any quarterbacks they like so much that they would trade up to get them?

The quarterbacks most commonly connected to the team are Pitt’s Kenny Pickett and Malik Willis out of Liberty. But there are plenty of others, most of whom at some time or another have been included in mock drafts going to the Steelers, like Sam Howell, Matt Corral, and Desmond Ridder.

Ben Roethlisberger just retired and isn’t coming back—and shouldn’t. Nobody in the organization has given any indication that they think Mason Rudolph should be starting in 2023. Adding a player like Marcus Mariota in unrestricted free agency is also a temporary solution, even in their eyes.

And so the question is, do they love any of these guys enough to take a shot at one of them being their next franchise guy, even if they have to make a bold move to get them? Does Kevin Colbert stepping down from the GM chair increase the likelihood of their wanting to do that?

He himself has said that he would guard and advise against any panic impulses to make a trade up to grab a quarterback, but if it’s a guy you truly believe in and have properly scouted, is it really much of a panic? If he is who you think he is, nearly any price would be worth it.