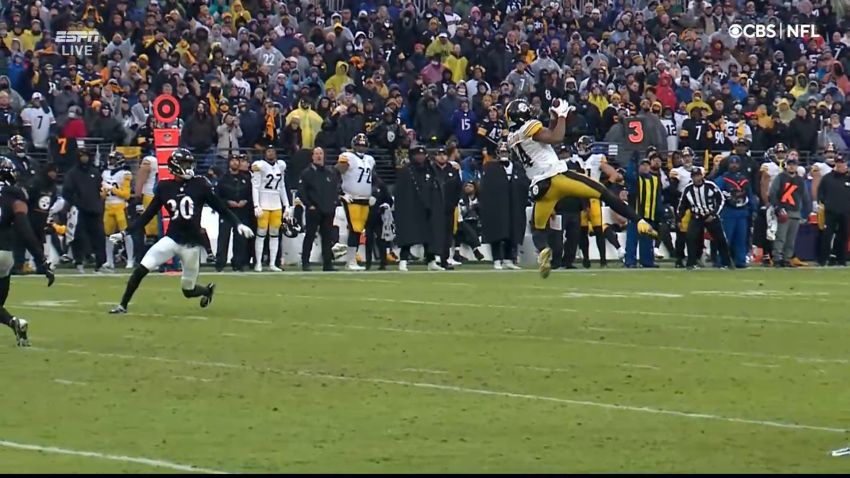 Ray-Ray McCloud had a career year in 2021—such as it is—his second with the Pittsburgh Steelers, notably both as a return man and as a wide receiver. He totaled over 1,000 yards in returns between punts and kicks, and he was targeted more than 50 times, securing 39 passes for 277 yards on offense. He also had two rushing attempts for 15 yards.

McCloud actually led the NFL in punt returns and punt return yardage, gaining 367 yards on 38 returns, averaging 9.7 per return. He also returned 35 kickoffs for 776 yards. His averages were a bit higher in 2020, it is worth noting, but still in the same range, which is overall solid. Throw in another breakaway return or two and his numbers look a lot better.

After JuJu Smith-Schuster was injured in the first half of the season, the Steelers began using McCloud as their primary slot receiver, and he ended up playing more than 500 snaps on offense, more than doubling his career total of snaps played up to that point in three seasons. While he was not often used as a downfield threat, he did make some important catches.

But he could hardly be described as reliable. He did drop a good number of passes relative to his target share. And he also fumbled four times on the year across his 114 total touches between offense and special teams.

We saw nothing from Ray-Ray McCloud last season to indicate that there is any reason to justify or expect a change in his role, either positively or negatively, from where it started a year ago. He is best utilized as a return man and as a reserve slot receiver, with some work in four- and five-receiver sets.

With that in mind, it would still make sense to bring him back on what should be a one-year, veteran-minimum contract. I don’t imagine he will find a much better deal than that on the open market unless a team is specifically looking for a return man, and even then, it’s unlikely.

Plus, he is already on a team facing a dearth of wide receivers. Smith-Schuster and James Washington are both free agents. Outside of Diontae Johnson and Chase Claypool, he’s about all they have. Cody White was the other wide receiver on the 53-man roster. They did have Steven Sims and Anthony Miller, both with NFL experience, on the practice squad most of the season, and are re-signed to Reserve/Future contracts, so they could compete for roster spots in 2022.