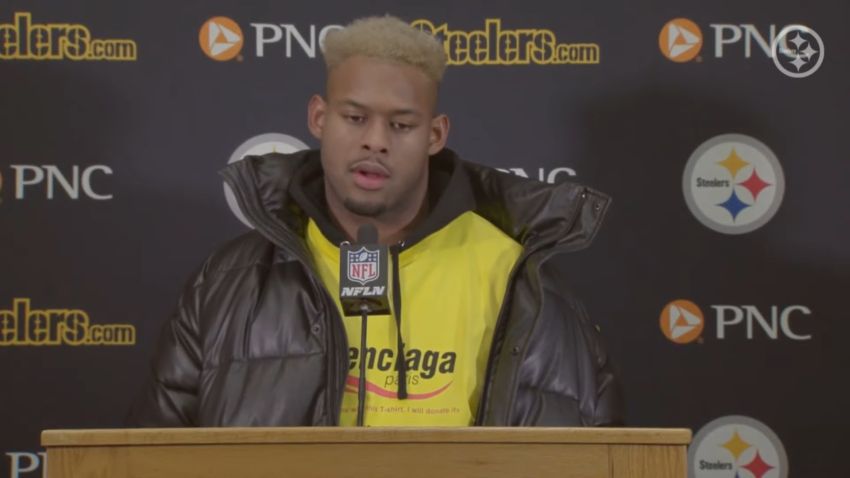 There wasn’t a whole lot of 2021 season to talk about for JuJu Smith-Schuster, the fifth-year wide receiver the Pittsburgh Steelers originally drafted out of USC as a 19-year-old in the second round in 2017. He was only healthy enough to play in five games during the regular season before suffering a significant shoulder injury.

Smith-Schuster was an unrestricted free agent last offseason, but after lukewarm numbers the past two seasons, and a plunging free agent market due to the economic ramifications of the pandemic, he decided to return to the Steelers on a one-year, $8 million contract, which had most of the cap hit deferred through void years until 2022.

His return was viewed as key for the slot, having developed into one of the better slot receivers in the NFL. He would be targeted 28 times in just four-plus games, though yielding only 15 receptions for 129 yards and six first downs. He did score on a rushing attempt to avoid a goose-egg in that department.

Surprisingly, Smith-Schuster did return at the end of the season, beginning to practice for the first time on the Thursday before the Steelers’ Wild Card matchup against the Kansas City Chiefs. He played 52 snaps in that game, catching five passes on eight targets for a blistering 26 yards.

It should be noted that his low yards-per-carry totals are directly tied with his usage, as he has had almost the lowest average depths of target of any high-volume wide receiver in the NFL in recent seasons.

Regardless of the circumstances of his numbers, the way the past three years have done, it’s hard to project Smith-Schuster to have a very robust free agency market, even though he is still just 25 years old and in the theoretical prime of his career.

It would take convincing a general manager somewhere out there that he could be a star in their system and that he was held back by the Steelers’ offense and an aging quarterback running on fumes—the latter of which is at least true.

He had his suitors last year, including the Chiefs, and there have already been reports indicating that he would like to join up with Patrick Mahomes and company, which—why wouldn’t he? I could certainly see him being productive in that offense, even while sharing targets with Tyreek Hill, Travis Kelce, and Mecole Hardman.

Still, given what has transpired in recent years, it is possible that his market value remains diminished, leaving open the possibility of him returning to Pittsburgh. Recent comments he has made have almost sounded unfavorable to Pittsburgh, and he has flirted with other opportunities, but he has often spoken, even recently, about his desire to remain with the Steelers—and to convince Ben Roethlisberger to keep playing.

Of course, he’s also said that who the Steelers’ next quarterback is going to be will be a factor as well. Perhaps if they add a veteran in free agency early on or via trade, that would help weigh in the Steelers’ favor if they seek to retain Smith-Schuster.