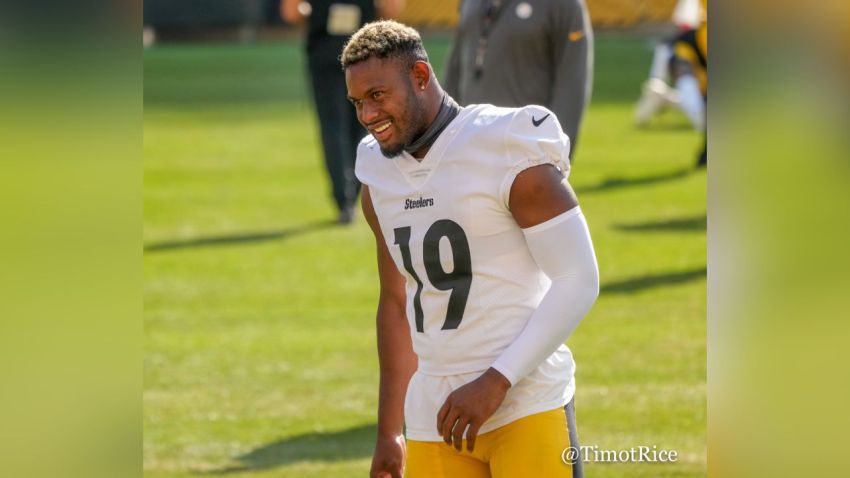 Huge news out of Pittsburgh today. The Pittsburgh Steelers have announced WR JuJu Smith-Schuster has been designated to return and will practice with the team today. He, however, remains on injured reserve. This move opens up a 21-day window for him to return to the 53-man roster.

WR JuJu Smith-Schuster will practice today but remains on the Reserve/Injured List.

He is now eligible to be activated off injured reserve at any time over the next 21 days. But, just like Kevin Dotson, if he is not activated within that three-week window, he will have to remain on IR the rest of the season. Of course, if the Steelers’ season is still going three weeks from now, it’ll be a great problem to have.

Smith-Schuster suffered a regular-season ending shoulder injury in the team’s Week 5 loss to the Denver Broncos. He ended the regular season with just 15 grabs for 129 yards.

It’s unclear how long it could take him to return to the field. Getting ready for Sunday night’s game feels like a longshot but this is encouraging and surprising news. If his rehab and recovery has gone well, and that seems to be the case, all bets are off.

And if the Steelers can find a way to upset the Chiefs and advance to the Divisional Round, then Smith-Schuster might become part of the playoff run.