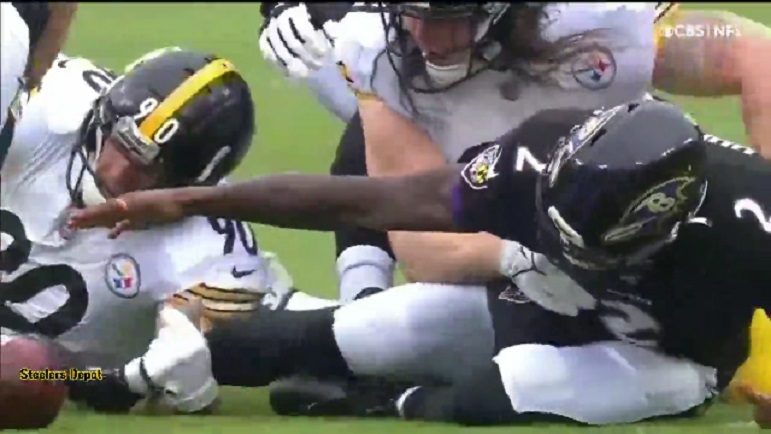 All year, T.J. Watt has spoken about how sack records don’t mean much. And make no mistake, wins take priority over everything. But Watt said he did all he could in the second half of Week 18’s win over Baltimore to hold the sack record outright.

Watt joined the Dan Patrick Show Tuesday morning to talk about the regular season finale. He came into the game needing one sack to tie the record and another to own it. He finished the game with one and a lot of controversy with 1.5 sacks wiped out by official scoring and penalty.

At halftime, Watt wasn’t even sure if he had the record or not.

“Halftime, I thought I had two,” he told the show. “Then I checked my phone because our d-line coach is like, ‘they’re giving it to you, they’re giving it to you now. You have it.’ And then a couple other guys said ‘no you’re not.’ So I checked my phone at halftime which I never do and then JJ and my brother’s group chat said they only gave you one, ‘you gotta go get another one.’

Watt seemingly tied the sack record early in the game after a botched snap between the Ravens’ center and quarterback Tyler Huntley. But the official scorer gave Watt only the forced fumble, not the sack, and the league denied the Steelers’ appeal, determining Huntley was not in a passing position when Watt came crashing in. Late in the first half, Watt had a half-sack wiped out by Cam Heyward getting flagged for roughing the passer. So despite taking down the quarterback three times in one half, Watt was only officially credited with one sack.

“Tried like hell to get another one in the second half but they were running the ball a whole bunch. So it wasn’t in the cards.”

Baltimore ran the ball 52% of the time in the second half, limiting Watt’s chances of breaking Strahan’s record. Watt had just 15 pass rushes in the second half of that game and though he recorded two pressures, he couldn’t get Huntley to the ground either time.

Still, as we noted this morning, Watt does hold the sack record for most sacks in a season, regular season and playoffs.

Of course, all that matters is how the season ended. Another one-and-done year and the team looking for its first playoff win since 2016. Despite Watt’s dominance, he’s yet to be part of a playoff victory. For now, he’ll have to settle for hardware in the former of a Defensive Player of the Year Award that’s likely heading his way. And set his sights on trying to best his 2021 numbers in 2022. It’s a tall task but anyone is going to do it, it’s T.J. Watt.