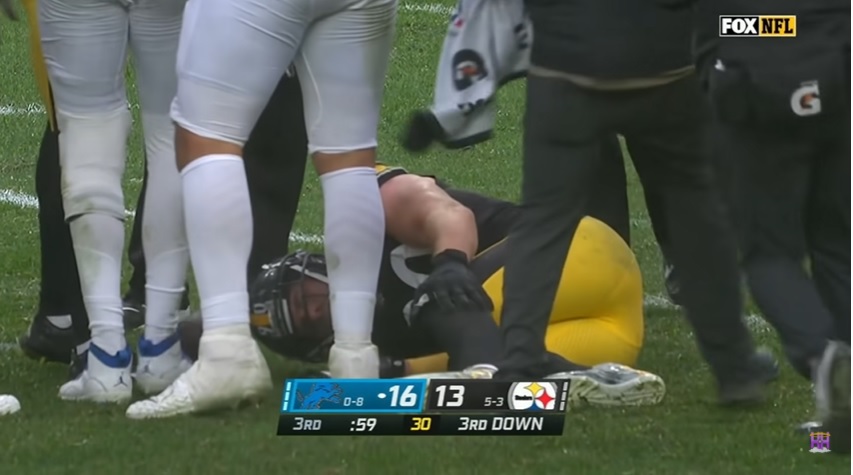 T.J. Watt is having an incredible, historic season. What makes it all the more amazing is the fact he isn’t fully healthy, not even close. Sure, it’s Week 18. The only guys at 100% this time of year are the ones who haven’t played. But Watt probably isn’t even at 80% right now. He’s battled injuries all season long, and talking with reporters Thursday, admitted it’s been quite some time since his body felt good.

Watt has battled several injuries throughout the season. Everything from groin to hip to knee to most recently, playing through cracked ribs after getting crunched on the final drive in the Steelers’ Week 15 win over the Tennessee Titans. He’s missed two full games this year while leaving midway through two others.

Watt didn’t tell reporters what percentage he estimates he’s playing at, but it’s far from 100%.

“At this point of the year, nobody’s 100% healthy. So it’s just trying to get as close as I can and perform the best that I can and let it fly on game day. It’s definitely been frustrating at times, but I’ve been able to overcome the majority of them, to an extent.”

Despite the laundry list of injuries, Watt is having a season for the record books. He’s dusted the Steelers’ single-season sack record, now up to 21.5 on the year. He is just one sack shy of tying Michael Strahan’s official mark set in 2001, which famously occurred when Brett Favre intentionally slid in the regular season finale to give Strahan the record.

Since sacks became an official stat by the NFL in 1982, Watt’s current mark of 21.5 is fifth all-time.

Most Single-Season Sacks, NFL History (Since 1982)

Over the last decade, only four players have cracked the 20-sack mark. Older brother J.J. Watt, Aaron Donald, and Justin Houston, along with the younger Watt.

Watt will have a prime chance to add to his mark and challenge that record Sunday. No team has been sacked more than the Baltimore Ravens, who have seen their QBs dropped 54 times in 2021. Watt had a great performance against Lamar Jackson in the first meeting, finishing the game with 3.5 sacks and the game-winning pressure on the Ravens’ failed two-point conversion.