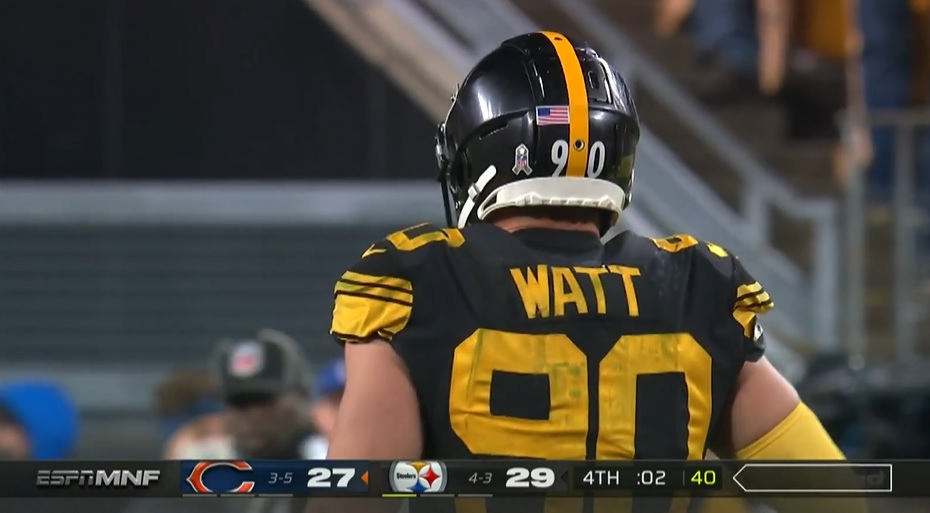 While we’re still waiting on the marquee, AP-voted Defensive Player of the Year Award, T.J. Watt continues to rack up the trophies, named the Pro Football Writers of America’s DPOY Wednesday.

Congratulations to @_TJWatt for being selected as the PFWA Defensive Player of the Year!

Watt is a worthy and frankly, easy choice to make. If you haven’t heard, he tied the official NFL mark with 22.5 sacks this season, equaling Michael Strahan’s 2001 figure. Watt also tied for the league-lead this year with 21 tackles for loss to go along with his seven pass deflections, five forced fumbles, and all-around dominant play.

For what it’s worth, the PFWA often aligns with how AP-voters choose. Last season, the PFWA selected Rams’ DT Aaron Donald over Watt and the AP followed suit. While nothing is official until it’s official, Watt is the frontrunner and heavy favorite to win the AP Award, which will be announced in roughly the next two weeks.

According to Steelers.com, Watt is the second Steeler to ever win the award, joining James Harrison in 2008. Watt unsurprisingly was also named to the PFWA’s All-NFL team earlier in the week.

Around the league, the PFWA named Packers’ QB Aaron Rodgers league MVP and Rams’ WR Cooper Kupp as its Offensive Player of the Year.