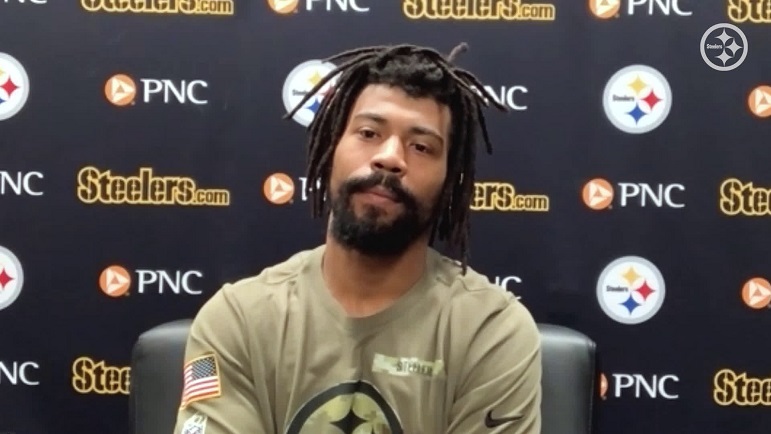 It took a lot for the Pittsburgh Steelers to make the playoffs, along with the help of other teams. Head coach Mike Tomlin is still yet to have a Steeler team go below .500 in his tenure. Perhaps this season was Tomlin’s best coaching job though.

Through the offensive inefficiencies and dealing with injuries and COVID-19 blows, the team still somehow made it to the playoffs. One of Tomlin’s biggest compliments has always been his leadership style. Cornerback Cam Sutton, who endured some of his own highs and lows this season, discussed how crucial Tomlin’s leadership has been during his Monday media session.

“Nothing [different] outside of his normal self [down the stretch]. He’s always been that inspirational leader, just that overall figure to us,” Sutton said Monday in audio from the Steelers’ page. “It goes beyond necessarily just football and that’s that relationship like I’ve said a number of times before, carries you through many adversities, whether it’s football-related, whether it’s life-related.”

Speaking of Sutton, he had an interception in the endzone on Sunday that kept the Steelers’ hopes alive. With that being said, the Steelers’ community should continue to be grateful to have one of the best coaches in the league in Tomlin.

“He’s always just dependable, always reliable, always the guy that’s willing to sacrifice and be the front leader,” Sutton said. “We [are] appreciative of just being behind a guy like that, that just comes to work each and every day, is the front runner and leaves it all on the line for us.”

Sutton’s comments echo that of many other players over the years. Ray-Ray McCloud spoke of it as well on Monday morning in preparation for the Chiefs playoff matchup.

Tomlin has received his fair share of criticism throughout the years, particularly from outside fans and media. Some have even connected him to other football jobs, even though we all know he’s going nowhere. Regardless, thank the man above that Tomlin is in Pittsburgh.