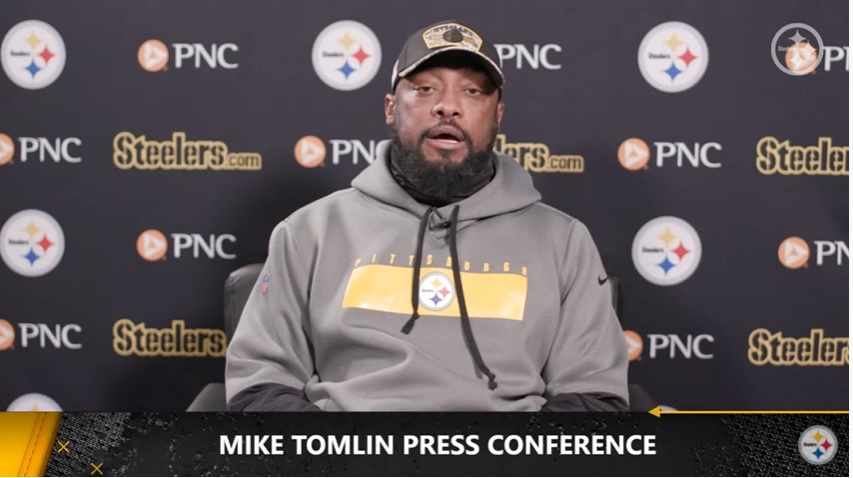 So you’re saying there’s a chance.

That’s where the Pittsburgh Steelers find themselves in Week 18. Playoff hopes? Yeah, they’ve got them. But it’ll take things falling perfectly for Pittsburgh to get into the playoffs for the second straight season. Mike Tomlin’s looking at the situation through black-and-gold colored glasses.

Speaking to reporters Tuesday, Tomlin was asked how he approaches Sunday’s finale knowing the tough spot Pittsburgh is in.

“They’re very normal for me,” he said about his work week via the team’s YouTube channel. “I’m capable of talking myself into anything. And so I get singularly focused on purple, on the Baltimore Ravens, and that will be my focus all week. And that’ll be the sentiment that I relay to our football team. And I expect them to follow.”

Pittsburgh’s path to the playoffs is narrow but clear. The Steelers will need to beat the Ravens, that’s obvious enough. If they do that, they’ll need to get two pieces of help. Jacksonville will need to upset Indianapolis and the Chargers/Raiders game can’t end in a tie. If all three of those pieces come together, Pittsburgh will make the playoffs as the seventh seed. According to nerdy metrics, there’s about a 10% chance of all that happening.

For the help to matter, the Steelers will need to take care of business Sunday afternoon. The Ravens are a reeling team and it isn’t even clear who will start at quarterback for them, Lamar Jackson or Tyler Huntley, but like almost all Steelers/Ravens games, it’s probably going to end up being a close one. Just as the Steelers did last night, they made the final play, Najee Harris’ 37-yard touchdown run sealing the deal.

Another output like that next weekend will go a long way in ensuring the Steelers can scoreboard watch and pin their hopes to Duval. Those games, though, will both be kicking off at 1 p.m., so by the time the Steelers’ game ends, they’ll essentially know their fate, provided the Chargers/Raiders game doesn’t end in a wild tie.