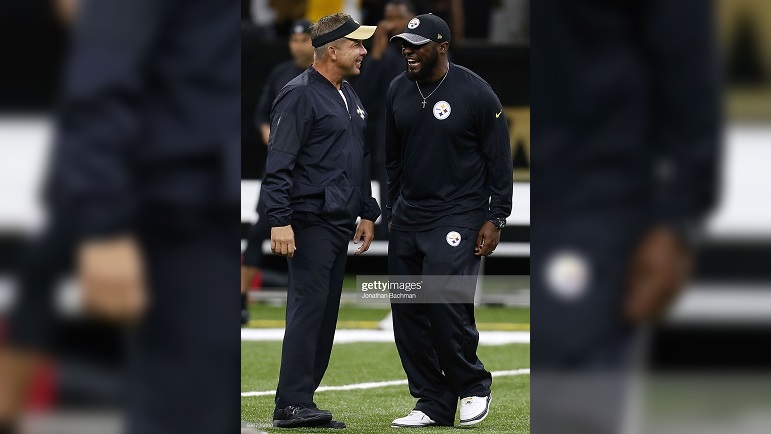 New Orleans Saints head coach Sean Payton announced on Tuesday that he had stepped down from the position that he has had for the last 17 seasons. His decision to step away from coaching the Saints now makes Pittsburgh Steelers head coach Mike Tomlin the NFL’s second-longest tenured head coach.

Payton became the Saints head coach in 2006, one season before Tomlin was hired by the Steelers to succeed Bill Cowher. The two head coaches that came into their positions at nearly the same time have since had remarkably similar careers from a record standpoint.

With Payton being suspended for the 2012 season due to punishment related to the Saints’ infamous bounty scandal, he and Tomlin have coached a similar number of games. Payton’s record with the Saints ends at 152-89. Tomlin’s record since 2007 is just a bit better at 154-85-2.

As far as postseason records go, Payton was 9-8 in New Orleans with the Saints. Tomlin 8-9. Both coaches have each won one Super Bowl.

With Payton stepping aside, Tomlin now becomes the second-longest tenure head coach in the NFL, trailing only Bill Belichick, who has been with the New England Patriots since 2000.

Tomlin, in case you’re curious, is now the longest-tenured coach to have only coached with one team as he has been with the Steelers one year longer than John Harbaugh has been with the Baltimore Ravens. Harbaugh is expected to sign a contract extension soon with the Ravens, by the way.

Payton indicated on Tuesday during his press conference that he is not interested in coaching in 2022. He did not rule out returning to coaching in 2023, however.