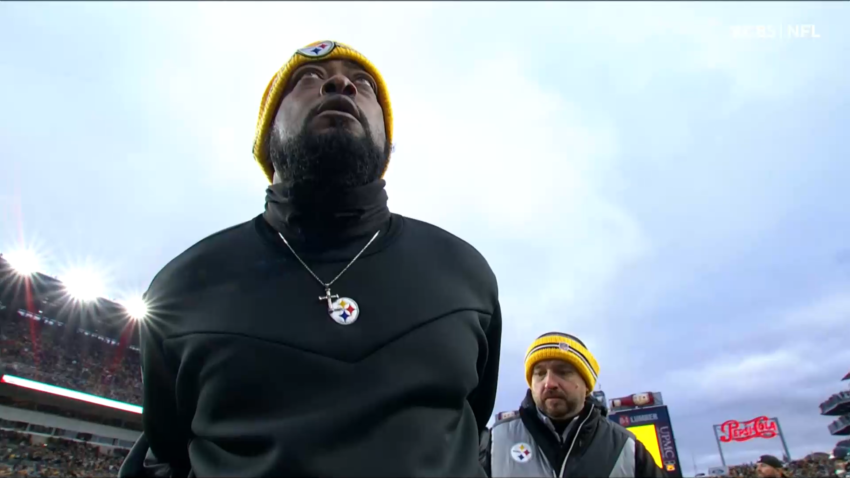 For one reason or another, the fact that the Pittsburgh Steelers have now gone 18 consecutive seasons without posting a losing record has become a flashpoint within the fanbase. Some acknowledge it as a feat that is difficult to achieve. Others choose to see acknowledging it as a simultaneous acknowledgment of the lowering of standards.

Head coach Mike Tomlin, who just set a record for the most consecutive non-losing seasons to begin a coaching career with 15, will be having none of that. When he was asked about the fact that he has only ever coached one game in which his team was already out of contention, his response was clear, and it could have just as easily been his response if asked about his streak of non-losing seasons.

“I don’t know that it means very much, to be honest with you. Our agenda is our agenda, and that’s to compete for and win world championships annually”, he told reporters yesterday during his pre-game press conference. “Some of the things that you guys mention is just hardware that you naturally pick up along the way as you pursue your goals”.

The fact is that nobody out there is actually satisfied with the Steelers just not posting a losing record, which is how mention of this accomplishment is routinely portrayed. Let’s make this painfully clear: The standard is, has been, and will always be, winning Super Bowls. And they’ve fallen short of the standard for going on 13 years now.

Failure to win a Super Bowl in a season is a failed season in the eyes of the people who matter, and that would be Tomlin, general manager Kevin Colbert, and president Art Rooney II. I could link to the numerous articles we write every offseason highlighting all three of them making some statement invoking this organizational mantra, but you should all know it by now.

“We do not relent regarding our standard of expectation, or our goal-setting. We want to compete for and win a world championship annually”, Tomlin continued. “Being competitive, being in the mix, having a winning record, or a non-losing record, or things of that nature, are just natural things that happen when you’re singularly focused in the manner in which we are”.

So let’s just end that right there. Anything you ever hear about praising Tomlin or the Steelers for avoiding a losing record is never coming from inside the building. There are no champagne bottles uncorked once they get to eight (or eight and a half) wins.

Colbert says every time that the Steelers have a disappointing win-loss record that they are what their record says they are (though he doesn’t say that, for example, after they go 12-4). Finishing 8-8 says you’re mediocre.

The Steelers know they’ve had many disappointing seasons. They hate the fact that it’s been over a decade since they’ve added another trophy to the display case. But any reasonable observer should be able to acknowledge that they’ve certainly made a run at it, even if they came up short. It’s not satisfying. It’s not good enough. It’s not ‘the new standard’. But it is what it is.