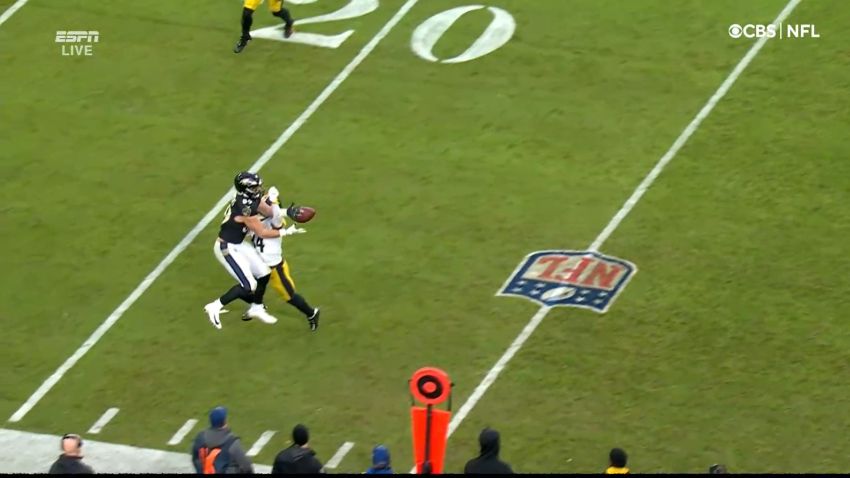 Over the last few seasons, there’s been one true constant with the Pittsburgh Steelers, and that’s been young safety Terrell Edmunds covering tight ends.

Throughout his career, Edmunds has struggled in coverage, failing to make plays on the football and often looking uncomfortable turning and running. That’s changed a bit in the last few years in Pittsburgh where the Steelers have put him in a more comfortable role in the box more of a strong safety, which coincides with the Steelers’ acquisition of free safety Minkah Fitzpatrick in 2019.

With that shift into more of a box safety role, Edmunds has been tasked with covering tight ends. The last two seasons, Edmunds has been pretty solid in that role and drew praise from Steelers’ head coach Mike Tomlin on Tuesday during his weekly media availability for his work on Baltimore Ravens’ star tight end Mark Andrews.

Despite the praise for his Week 18 matchup with the Ravens, a tougher task awaits in the Wild Card round of the AFC playoffs for the Steelers and Edmunds in Kansas City’s Travis Kelce, who missed the Week 16 matchup between the two teams less than a month ago.

“Trying to cover a guy like [Mark] Andrews last week and [Travis] Kelce this week, that kind of comes with the strong safety position, at least in terms of how it is utilized in our scheme,” Tomlin said to reporters Tuesday, according to video via Steelers.com. “Mink’s [Minkah Fitzpatrick] the middle of the field player and keeps the lid on everything, and ties things together. TE’s [Terrell Edmunds] challenges are coverage related, usually around a tight end and there’s some dynamic ones and he always runs to that fight. He doesn’t run away from it.

“I love his attitude regarding last week,” Tomlin added. “But obviously this is a new week, and so he’ll be challenged in a big way that way.”

The last time Kelce faced off against the Steelers came in 2018, which happened to be Edmunds’ rookie season. In that matchup, Kelce helped lead the Chiefs to a 42-37 romp over the Steelers, thanks to a seven-catch, 109-yard, two-touchdown performance at Heinz Field.

Edmunds has obviously improved greatly from his rookie season to where he is now in the Steelers’ defense, but covering Kelce will be an incredibly tough task, considering his skillset as one of the best tight ends in football that is also incredibly dynamic after the catch.

Without Kelce in the lineup the day after Christmas, Chiefs’ reserve tight ends Noah Gray and Blake Bell combined for just three catches for 23 yards. Could the Steelers defense — led by Edmunds — limit Kelce in similar ways on Sunday?