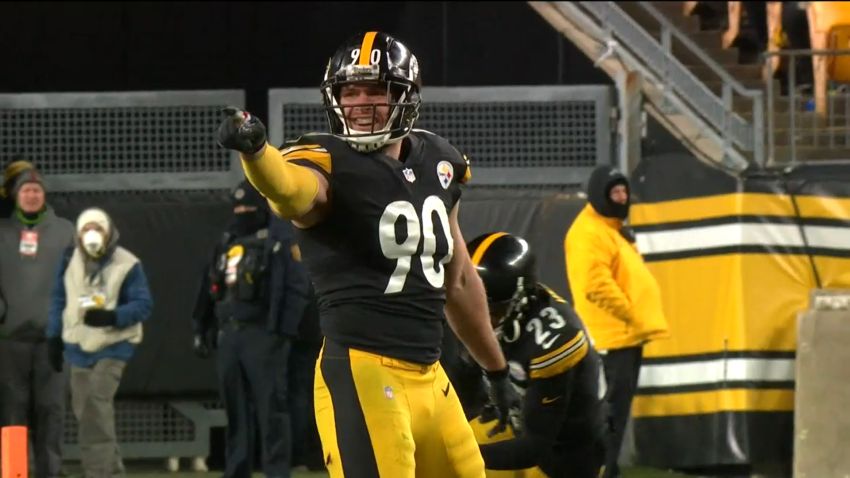 Reportedly dealing with cracked ribs the last time the Pittsburgh Steelers and Kansas City Chiefs matchup up inside Arrowhead Stadium on Dec. 26, star outside linebacker and unanimous All-Pro T.J. Watt was less than 100% and was largely a non-factor, playing just 38 snaps (55.1%) in the 36-10 loss.

“I feel a good amount better. I mean, it’s not one hundred percent at this point of the journey,” Watt said to reporters, according to video via Steelers.com. “That’s why it’s just about getting as close to one hundred percent if you can. I feel better than I did that week.”

Though that’s hard to quantify, that’s a big boost for the Steelers ahead of the Wild Card matchup, considering Watt really couldn’t move well and had just one tackle and three total pressures against Mahomes and the Chiefs. Despite knowing he wasn’t fully healthy heading into that matchup the day after Christmas, Watt wanted to give it his all knowing how important he is to the Steelers’ defense.

He reiterated a second time though on Friday that he’s feeling good, which should concern the Chiefs and right tackle Andrew Wylie.

“I think it was a matter of how my body was feeling going into that game,” Watt said. “And I know I wasn’t able to play as many snaps and be as effective as I wanted to be, but I feel better where I am today than I was going.”

That’s great news for the Steelers, who could really use a healthy Watt on defense and a healthy Pat Freiermuth — who missed the Week 16 matchup with a concussion — on offense. Will those additions to the lineup against the Chiefs prove to be the difference? We’ll find out rather quickly on Sunday.