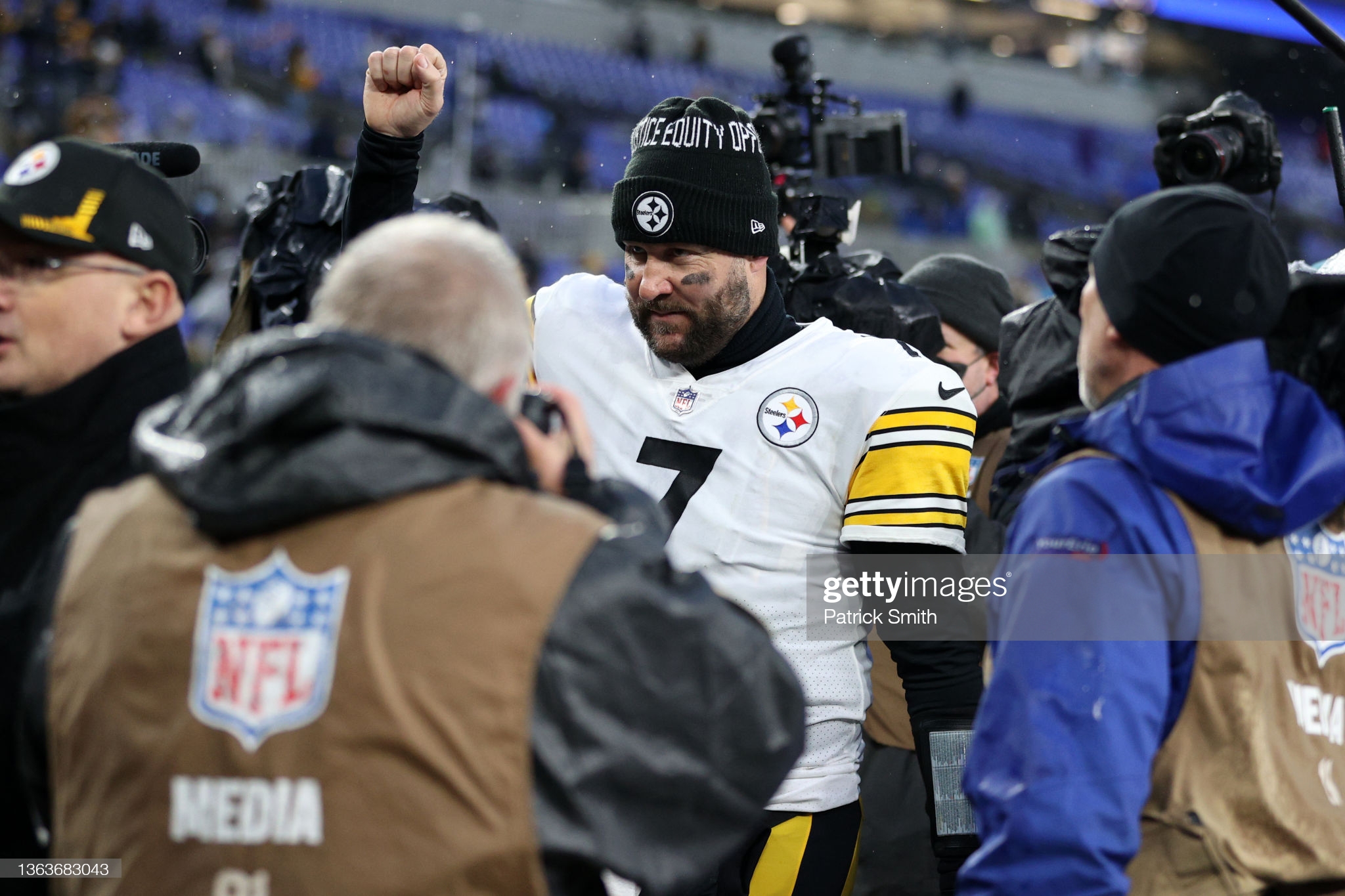 In what looked very much like his final appearance in the black and gold, Pittsburgh Steelers quarterback Ben Roethlisberger made sure to turn in one final vintage performance late in the game, once again leading the Steelers to a win over the rival Baltimore Ravens, all but clinching a spot in the AFC playoffs, thanks to some outside help from the Jacksonville Jaguars.

As the Jaguars, who have been a thorn in the side of the Steelers in the playoffs throughout the years, were putting the finishing touches on a shocking upset win over the Indianapolis Colts, knocking Indy out of the playoffs, Roethlisberger was in the midst of engineering the 53rd comeback drive in his illustrious history.

Not done yet. #HereWeGo pic.twitter.com/QKdlM2on7h

Trailing 10-6, Roethlisberger marched the Steelers 50 yards in 10 plays after a great punt return by Ray-Ray McCloud, finding much-maligned wide receiver Chase Claypool from six yards out on a slant route off of an RPO, giving the Steelers a 13-10 lead. After the Ravens tied the game at 13-13 to send it to overtime though, Roethlisberger had one more drive left in him, tormenting the Ravens and their home fans one last time, driving the Steelers 65 yards in 15 plays, setting up Chris Boswell’s 36-yard, game-winning field goal to keep the Steelers alive and in the mix for the playoffs.

Ben Roethlisberger on the win over the Ravens: pic.twitter.com/QBiTfaloDQ

Following the win in his final regular season appearance as a Steeler, Roethlisberger was emotional reflecting on the come-from-behind win, stating that the win over the Ravens — his 19th in the regular season — was a special one.

“The one feels pretty special. Do you expect anything different in this rivalry, at his place? It’s special,” Roethlisberger said to reporters following the win, according to video via the Steelers’ official YouTube page. “Anytime you can come to this place and get a win, people always ask me, where is my least favorite place to play? And it’s always Baltimore. And it’s for a couple reasons. One, because of how good the team usually is and the defense. This place is always crazy loud and the fans are ruthless, which I think, is a compliment to this place and how hard it’s to play here. So, it’s pretty special to get the win.”

This one likely meant much more to Roethlisberger — at least in the moment — considering what was at stake, in terms of the playoffs and it being his likely final game in a Steelers’ uniform. So, to not only lead two different go-ahead/game-winning drives in the fourth quarter and overtime while being on the road at Baltimore, and downing an AFC rival that you’ve respected all these years to keep playoff hopes alive? Yeah, that’s pretty special.

It might not be pretty (if ever), and it may cause a lot of heart problems within the fan base, but it says a lot about Roethlisberger and this Steelers’ team that they somehow continue to eek out wins in spots like this, remaining alive to fight another day.