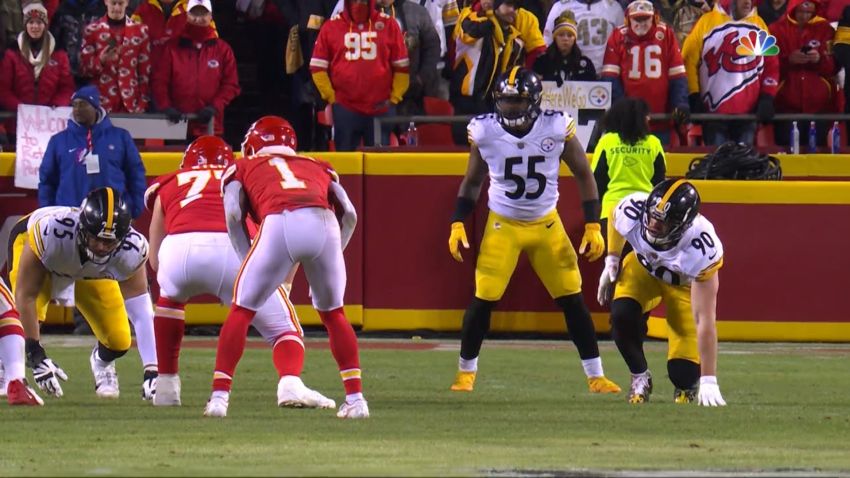 The Pittsburgh Steelers’ 2021 season is officially over. They went 9-7-1, qualified for the postseason as the seventh seed in the AFC, and were handed a decisive first-round exit at the hands of the Kansas City Chiefs in what was the final game for quarterback Ben Roethlisberger.

But there will be another season next year no matter who is under center, and inevitably, the team’s future success or failure in 2022 will depend a lot on what they can do as a defense—particularly whether or not they can clean up things they did not do this season, as emphasized by T.J. Watt.

“We need to get back to stopping the run, first and foremost”, he told reporters following last night’s loss about what the Steelers must do on defense to get back to where they were just a couple of years ago. “And then, it all comes down to getting off the field, containing the quarterback, all the basic principles of being a great defense. We’ve just got to get back to it”.

The Steelers had one of the worst run defenses in the NFL during the 2021 season, and in their franchise’s history. They allowed nearly 2500 rushing yards on 498 attempts, teams gaining five yards per carry, along with 17 rushing touchdowns.

Last night, the Chiefs only attempted 22 runs, but gained 106 yards, rushing for 4.8 yards per carry. Kansas City was also very successful on screen passes and shovel passes, particularly to running backs, but to other skill positions as well.

Of course, they also allowed Patrick Mahomes to throw for 404 yards on 39 pass attempts, completing 30, with five touchdowns and one interception, which came off of a deflection. It was certainly one of the team’s most excruciating playoff losses, which has become a pattern in recent years.

Mind you, the defense played without most of their starters along the defensive line this year, with Stephon Tuitt unavailable the entire season. Tyson Alualu suffered a fractured ankle in the second week of the season.

While Chris Wormley was largely stable in Tuitt’s place, the nose tackle position was not. They started with Isaiah Buggs before he was benched. Montravius Adams was signed mid-season off of the New Orleans Saints’ practice squad, and he has displayed positive traits, but he clearly did not save the run defense.

The inside linebacker position is going to have to be extensively evaluated this offseason, as no combination of Devin Bush, Joe Schobert, and Robert Spillane proved to be sufficient. And then they’re going to have to figure out what to do on offense, on top of that.