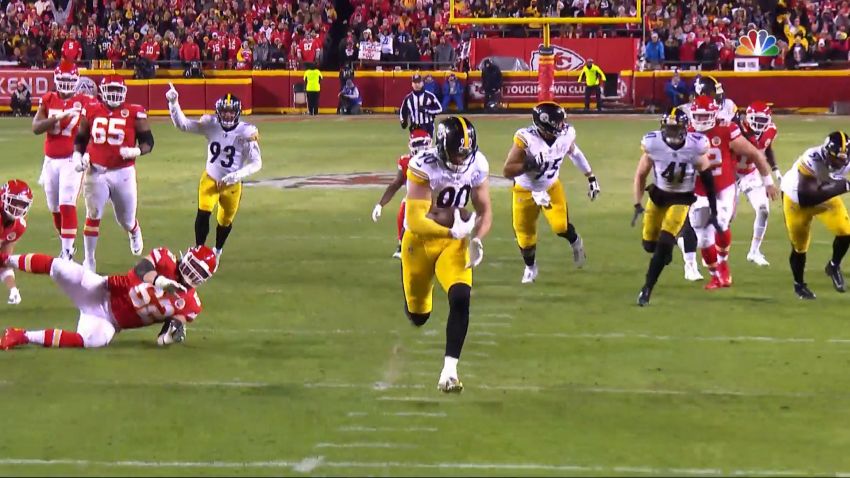 With the Pittsburgh Steelers’ 2021 season now over, there’s not much left to look forward to as a fan. The Pro Bowl is already determined, but perhaps somebody can be squeezed in as an alternate. The All-Pro list is already out, and that is fixed. Perhaps Najee Harris has an outside shot at Offensive Rookie of the Year.

The only thing fans are probably really invested in between now and the start of free agency is the administering of the Defensive Player of the Year Award, for which, for the third year in a row, edge rusher T.J. Watt is a prime candidate.

The fifth-year veteran recorded 22.5 sacks during the 2021 season, tying the NFL’s all-time single-season record. He also recorded five forced fumbles, 21 tackles for loss, 39 quarterback hits, and seven passes defensed, all in 15 games. He added another sack, and a fumble recovery returned for his first-ever NFL touchdown, in the postseason.

With that sort of resume, he is better-positioned than ever before to win the Defensive Player of the Year Award, after finishing as the runner-up last year to Aaron Donald, and running third the year before that when Stephon Gilmore won. So how important is it to him to finally get his first trophy?

“It’s secondary”, he told Dan Patrick earlier today. “I mean, it’s a nice award to get—I hate that it’s an individual award, just because there’s so much that goes into it, even the individual sack record. So much has to happen. A good amount of that has to be just quarterbacks taking coverage sacks with guys in the back end picking for me. So many things have to fall into place for things like those to happen. It’s definitely a nice award to receive, but it’s not an individual reward for sure”.

Technically speaking, any individual award is secondary to winning a Super Bowl, and if it were ever a matter of one or the other, I’m certain that Watt would trade in any amount of DPOY trophies for the equivalent amount of Lombardi Trophies.

But that’s not how it works, and you know how important it is for him to win this award, even if, as the closer he gets to actually winning it, he declines to acknowledge it. At least, he’s talked in the past about how significant it is. Unless he’s decided over the past year that it’s not as important as he previously felt, his response to Patrick reads as pretty tame in comparison to what his real feelings must be.

While there are certainly some other worthy candidates for the award this year, I think Watt is and should be the clear frontrunner, and it would be an upset far more than in either of the past two years should he fail to win. If he does, it will mark the eighth time, amongst seven players, that a Steelers defender has won the award, by far the most for any team in NFL history.