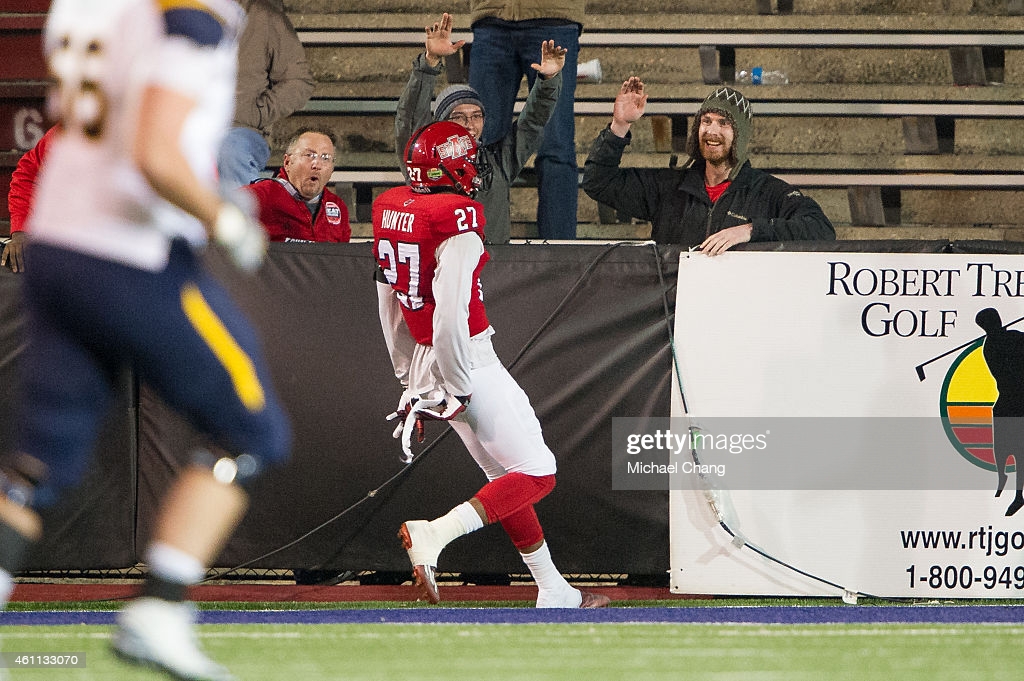 Listed at 6’1, 194, Hunter is a 26 year old safety out of Arkansas State. In his four years with the team from 2013 to 2016, Hunter recorded 222 tackles with six interceptions, returning four of them for touchdowns.

He’s most recently spent time with the CLF’s Montreal Alouettes. In 2021, he recorded 44 tackles and two interceptions for the team. Hunter has been on a workout circuit this month, earning tryouts with the Arizona Cardinals and New England Patriots.

Hunter is the son of former all-star outfielder Torii Hunter. His birth name is “Monshadrick.” We can all agree “Money” is way cooler. We’ll update you if the team signs him to their offseason roster.

I’m not one to post highlight videos but here’s a 2021 cutup because hey, you gotta go watch Money.

Update (9:40 PM): The team also tried out fellow CFL’er Jevon Cottoy. A wide receiver at a listed 6’5, 230 he caught 39 passes for 519 yards and three scores for the BC Lions in 2021. A native Canadian, he has an interesting story, including taking two years off from football to become a firefighter after tearing his ACL.

Read more about his story in the link below.

Morris: Cottoy emerging as a threat in Lions’ offence