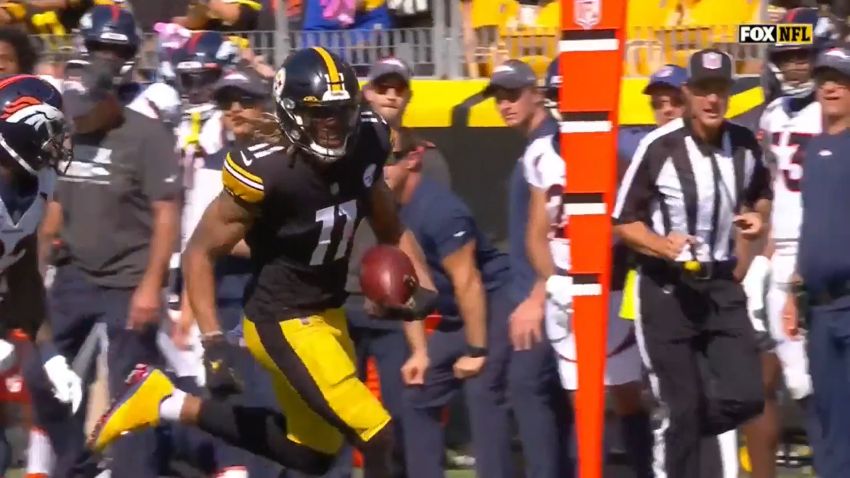 As we’ve done in the past, the keys to the Pittsburgh Steelers winning (or losing) today’s game. Three things that need to happen for them to end up on the right side of the score and vice versa in tonight’s game against the Cleveland Browns.

I know it’s a little cliché and trite to think about but the energy tonight at Heinz Field should be off the charts. This game means so much, even if the Steelers’ playoff chances took a sizeable hit Sunday afternoon. Heck, the Browns are already eliminated from the playoffs even before this game kicks off.

If nothing else, you play for pride and to send Ben Roethlisberger off the right way. Everyone, crowd and players, should be properly amped up for this one. If that isn’t enough to get Pittsburgh off to a faster start than usual, then I don’t know what it’d take.

Our X-Factor of the week. Stopping the ball is obvious and paramount in this one. Pittsburgh accomplished that goal well enough in their Week 8 win, holding the Browns to 98 total yards on the ground. A similar number would surely be appreciated. That starts with 11-man run defense and everyone doing their job. Secure your gap, don’t do too much, trust your teammate to execute, too.

It’ll probably be tough to run on the Browns’ front again and the Steelers don’t see any light at the end of the tunnel with their run game this year. Cleveland, however, is pretty beat up in the secondary and if there’s a place to attack and a place where Pittsburgh could find traction, it’s through the air. Great time for Chase Claypool to have his best game of the season with a couple of big catches on go-routes Roethlisberger fires up at least one a week.

1. They Turn The Ball Over

And I mean that almost in a literal sense. I’m not even talking about turnover differential. Just one turnover this season practically dooms a Steelers’ team that has a weakened defense and boring offense. They’re 3-6-1 in games with at least one turnover, even if they won or broke even in the turnover battle. Compare that to their 4-1 record when they don’t turn the ball over at all.

Merely getting to 20 points per game has been tough enough for this team. Cleveland has had similar struggles but has battled more injury and giving them a short field, losing the time of possession battle (which the Steelers have done six straight games), is only going to swing the pendulum away from Pittsburgh.

The Browns will spend this offseason looking for a playmaker in the pass game. A #1 wideout. But they have threats on their 2021 roster. Njoku is averaging over 14 yards per catch, one of the best numbers of any tight end, while DPJ sits at over 17 yards per reception, second highest of any wideout in football with at least 25 receptions. Njoku down the seam against say, Robert Spillane is a concern. If the Browns get chunk plays, it’ll come from those guys.

The way Pittsburgh has won so often this year is by keeping the first half score down, allowing the offense to rally in the second half. They can do that when it’s 13-3, not when it’s 21-0. To do that, this defense must win on third down and red zone, especially in the first half. Drive killers and stallers. That’ll make halftime a low-scoring affair and not the Browns jumping out to a big lead they clung to the rest of the game.

Chris Boswell nails the game-winner to send Roethlisberger off victorious.