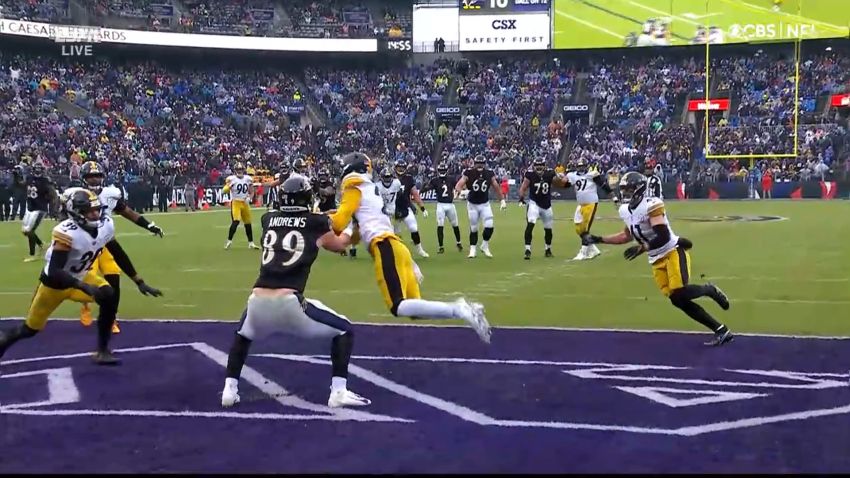 Sunday, we got another legendary chapter of the best rivalry in the NFL. The Baltimore Ravens and Pittsburgh Steelers have had countless battles that have come down to last-second plays to decide the winner. This round had a little extra zest with the possibility of it being Steeler quarterback Ben Roethlisberger’s last game in the NFL, and both teams keeping playoff hopes alive with a win.

After going into halftime tied at three, the Ravens came out with a focus on the run game. Something they likely should have stuck with against the uncharacteristically bad Pittsburgh run defense.

The Steelers’ defense allowed 24 runs of 20+ yards this season, most in the NFL. No defense has allowed more 20+ yard runs in a year since the 2011 Tampa Bay Buccaneers (28).

By most metrics, Pittsburgh’s run defense was historically bad in 2021. #Steelers

The Ravens’ adjustment proved fruitful as a 46-yard touchdown run by Lativus Murray, right through the teeth of the defense, put them up 10-3. While it was only the first drive of the second half, it felt like that may be enough to put away this Steelers team that could only muster 82 yards in the first 30 minutes of play, especially after Baltimore learned they could run the ball.

The Steelers’ offense wouldn’t lay down though, as they countered with a field goal drive of their own that almost doubled their first-half yardage output.

After the two teams traded three-and-outs, you could feel every drive starting to raise the tension. THAT play that eventually would decide the game would be coming soon, but for what team?

When the Ravens started out their next drive with four straight Latavius Murray runs totaling 58 yards, it seemed like the war of attrition had been lost in the trenches. The Ravens were going to trot into the end zone on the ground. A 17-6 lead would be far too much for this Steelers offense to overcome in a quarter, especially under these rainy conditions.

Then, just as all hope was lost, the Ravens did the unthinkable. After seven straight run plays that gained 64 yards, getting them down to the Pittsburgh 11-yard line, they chose to pass.

This decision turned out to be THE turning point in the game on 2nd & 6.

Neither team called anything remarkable in terms of scheme. The Steelers came out in their base 3-4 defense to help stop the run, with a basic Cover 3 look behind it.

The Ravens ran a split-zone play-action pass with only a 3-man route concept behind it. 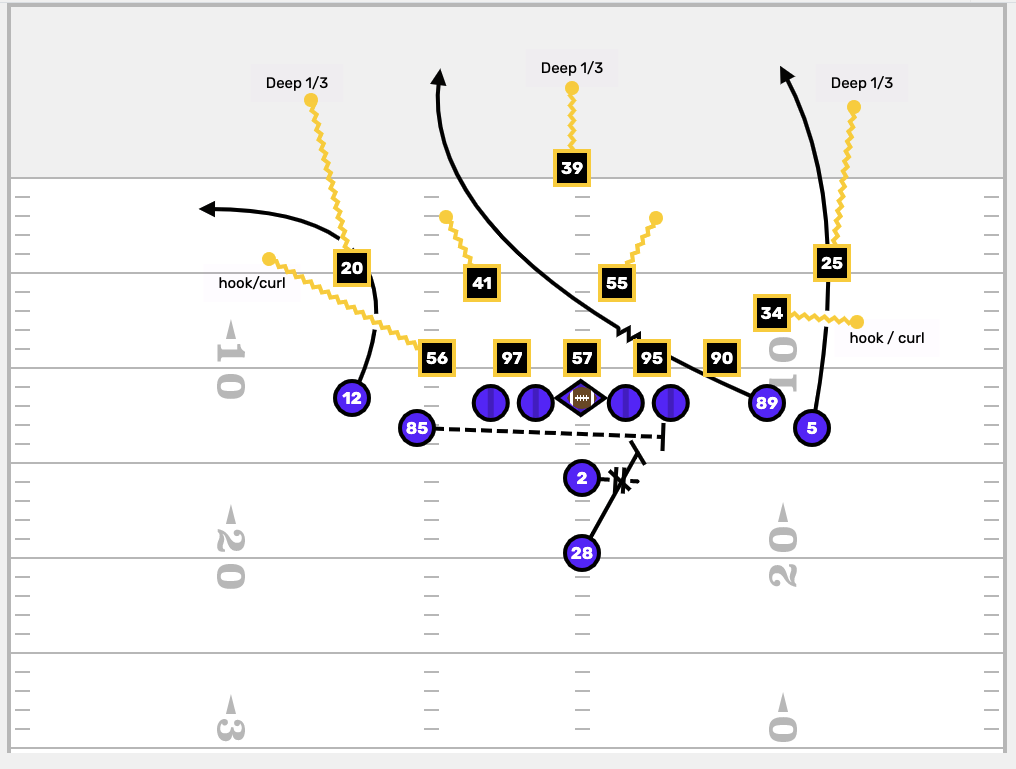 However, the concept really stresses the Steelers’ defensive backs here. They have to be disciplined and not jump anything, leaving their zones unoccupied.

The speed out to the field by Rashod Bateman (purple 12) is a huge key, as Alex Highsmith sinking into his hook/curl zone makes this an impossible throw, allowing Cam Sutton to stay back in his deep third and not have any thoughts to jump down on the out.

While Andrews is leaking into the hole between the linebackers and defensive backs on the far hash, safety Minkah Fitzpatrick is doing his best to read the quarterback’s eyes and mid-point himself between Andrews and receiver Marquise Brown (purple 5) who is leaning into his middle third of the field.

While you likely already know how it ends, let’s see how it works itself out.

Make sure to watch how Highsmith works back outside after the initial inside release by Bateman, following the eyes of the quarterback.

Fitzpatrick does get beat here, as he gets caught waiting a bit too long trying to mid-point. Luckily for Pittsburgh, Cam Sutton makes an outstanding play, reading the quarterback, clicking and closing, and finishing off the catch.

The play kept it a four-point game, and you effectively could feel the momentum switch over to the Pittsburgh sideline.

Head coach, Mike Tomlin, even mentioned during his press conference how the play hasn’t been talked about enough.

Mike Tomlin said he hasn't talked enough about the Cameron Sutton interception on Sunday and the swing it provided the team. #Steelers

While the interception took place on the first play of the fourth quarter, and we know the Steelers would need an extra “quarter” to actually win the game, they likely do not make it to overtime if Sutton doesn’t make this season-saving play.