In a primetime, Wild Card matchup, the 7th seeded Pittsburgh Steelers will travel to Kansas City to play the Chiefs Sunday night. The NFL released the playoff schedule during the second half of Sunday’s game between the Los Angeles Chargers and Las Vegas Raiders.

At the time, it wasn’t known who the 7th seed would be. But now that the Chargers/Raiders game avoiding ending in a tie (I refused to talk about the game anymore than that) the Steelers are officially playoff bound and the AFC’s final Wild Card seed. Kickoff is set for 8:15 on NBC. 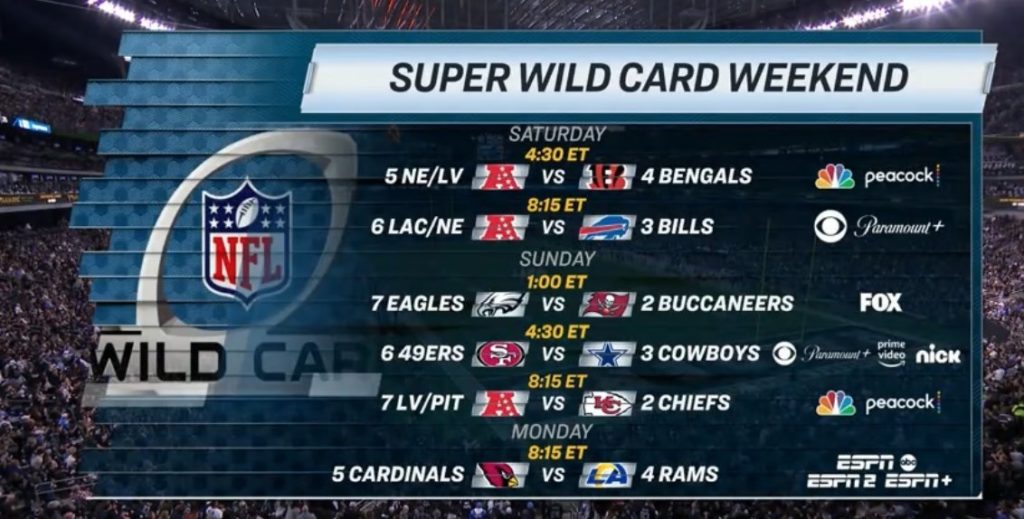 This will be a rematch of the team’s Week 16 matchup. Also at Arrowhead, Kansas City won in blowout fashion, 36-10. The Chiefs built up a 30-0 lead before the Steelers put points on the board.

Notable performances that week included QB Patrick Mahomes, who threw just seven incompletions and three touchdowns on the day. The Chiefs also played short-handed that game without TE Travis Kelce, who was on the COVID list. Mahomes is undefeated in two career starts against the Steelers.

Pittsburgh struggled across the board but turned the ball over three times, a death sentence against Kansas City.

Steelers will be 13.5-point road underdogs to the Chiefs on Sunday. #Steelers https://t.co/lhUgnZXvZm

The Steelers and Chiefs have twice met in the playoffs, the 1993 and 2016 seasons. The Chiefs won the first matchup 27-24 in overtime while the Steelers won the latter, 18-16, thanks to six Chris Boswell field goals.