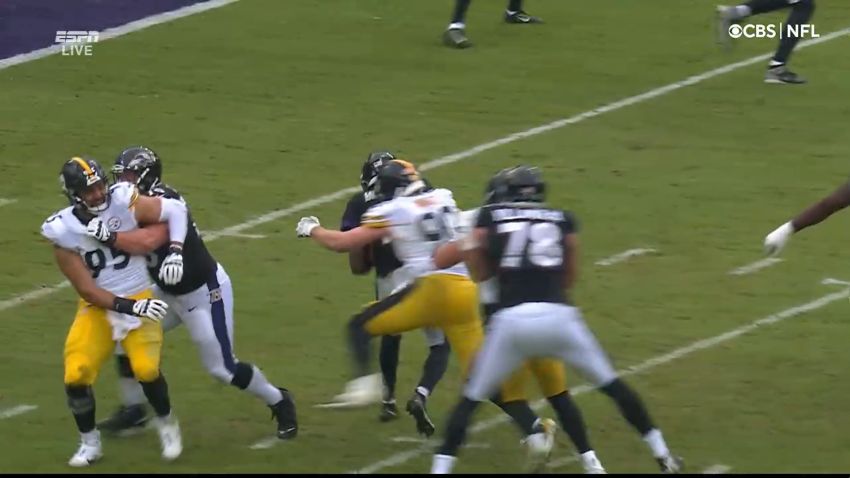 The Pittsburgh Steelers entered the regular-season finale with 52 sacks, holding a five-sack lead on the next-closest team. They picked up three more against the Baltimore Ravens, which was actually a bit less than anticipated, and only one was from T.J. Watt, though it was enough to tie the all-time single-season sack record.

The Minnesota Vikings put up seven sacks in their finale, but they still fell four short of Pittsburgh, and they were the closest team. The Los Angeles Rams finished with one fewer than the Vikings, at 50. That means the Steelers led the NFL in sacks in 2021 with 55.

And it was the fifth consecutive season in which they have led the league in sacks, or at least shared the co-lead. They already set a new NFL record a year ago for the most consecutive seasons leading the NFL in sacks with four, so they are merely extending their record at this point.

Not only have they led the league in sacks, they have put up over 50 sacks in each of those season. They had 56 last year, 54 the year before that, 52 in the year prior, the year in which they shared the league lead. Back in 2017, they set a new franchise record with 56 sacks, which was of course the most in the league that season, and which they matched in 2020.

That’s 273 sacks over the past five seasons, an average of 3.37 sacks per game over that span (and yes, I’m accounting for the 2021 season being a year in which 17 games were played, as all will be until the NFL expands to an 18-game regular-season schedule).

The only other team to ever lead the league in sacks in three consecutive seasons was the Oakland Raiders, and that was at a time before sacks were an official statistic. As we wrote about last season when they surpassed the mark, the Raiders, an AFL team, had the most sacks in each of the seasons between 1966 and 1968.

The Steelers set, or rather tied, yet another record, becoming just the fourth team in NFL history to record 50 or more sacks in five consecutive seasons. Interestingly enough, three teams did it all at the same time right near the start of the sack era.

The sack became an official statistic in 1982. From 1983 through 1987, each of the Chicago Bears, the Dallas Cowboys, and the Washington Redskins recorded 50-plus sacks. That’s a pretty remarkable run of consistency no matter how you slice it.

And it goes without saying that so much of that consistency is owed to T.J. Watt, who is establishing himself as one of the great defenders of his generation. He just tied the NFL single-season sack record, as mentioned, at 22.5, but he has 72 sacks in his career—which began in 2017, when their streak began. He’s accounted for over 26 percent of their sacks since coming into the league.