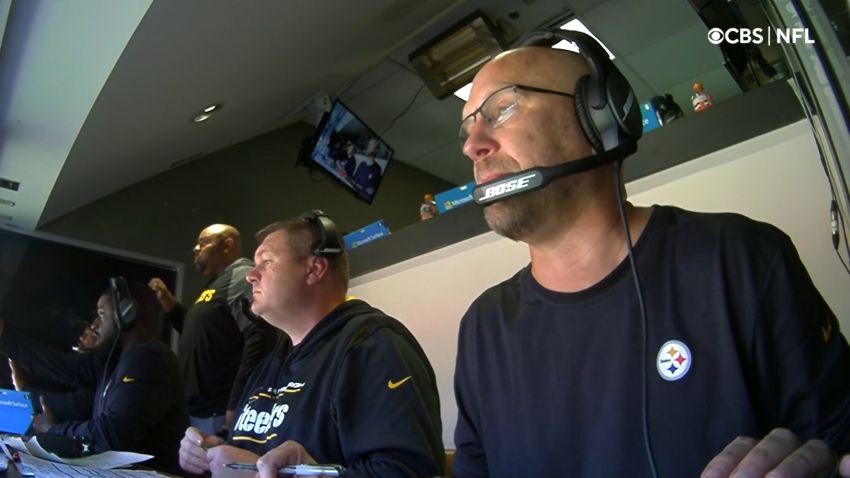 Sure, the raw numbers from the season final against the Baltimore Ravens on the road don’t show that, but the Steelers ran it successfully when they needed to, with no run more important than the 15-yard burst off of left tackle from rookie running back Najee Harris to set up Chris Boswell’s 36-yard, game-winning field goal.

Though Harris — who missed much of the game with an elbow injury — finished with just 32 yards on the ground on 15 carries, he was coming off of a 93-yard performance in Week 16 against the Kansas City Chiefs and a 188-yard, one-touchdown career-high performance against the Cleveland Browns at home in Week 17, helping the Steelers close the season on a high note down the stretch.

Despite the efforts of late, the Steelers still finished as the No. 29 rushing attack in the NFL, recording just 1,583 yards on the season, outperforming only the Houston Texans, Atlanta Falcons and Miami Dolphins. A lot of the struggles can be placed on a rebuilt offensive line that really struggled to gel throughout the season due to injuries and moving parts.

Now, though, the run game and the offensive line overall appears to be gaining some traction at the right time in the season, which offensive coordinator Matt Canada said deserves a lot of credit for the work they’ve put in on the rushing attack, along with how hard they play week to week during his weekly media availability Thursday.

“…We’ve started to be able to run the ball at some key times,” Canada said to reporters Thursday, according to the official transcript. “You finished the Browns game with a big run, you finished the Ravens game with a big run to get us in position and it’s not where we want it to be. We’re not sitting there churning out six, seven-yard runs and the things that we’re all hoping to do. But I think upfront and protection wise, we had a couple like we always do, but for the most part, I think we’re doing the best we can.

“We’re moving guys around and we’re really proud of how hard those guys were playing. I think when we look at the situation and the guys that are out, the guys that are stepping up. I think they deserve a lot of credit for how hard they’re playing and how much effort they’re giving. Obviously the last two weeks people — we’ve got all that matters which are W’s and that’s all we’re trying to get.”

Guys like left guard John Leglue and center J.C. Hassenauer deserve quite a bit of credit for being able to step in at a moment’s notice and provide some legitimate snaps to a short-handed offensive line. Leglue has been quite the surprise in the run game, moving bodies off of spots to create rushing lanes, while Hassenauer has helped greatly with communication and setting protections up front.

It’s important to not overlook veteran swing tackle Joe Haeg as well. Though he shouldn’t be playing at this point due to the compensatory pick designation tied directly to snap counts, he has played hard and shown some promising things in the run game when in the lineup.

While the Steeles are doing the best that they can do on the ground each week, they’re going to need a Browns-like performance on Sunday on the road against the Chiefs if they want to put together a formula to beat the explosive Chiefs. Sometimes the best defense against a great offense like Kansas City is to keep them on the sideline with a great rushing attack and a ball-control passing attack.

Though the previous meeting had very little to take positives from, Harris had his second-longest run of the season in the 36-10 loss and got going in the second half on the ground. He’ll need to get going right from the opening kickoff if the Steelers are to play spoilers.