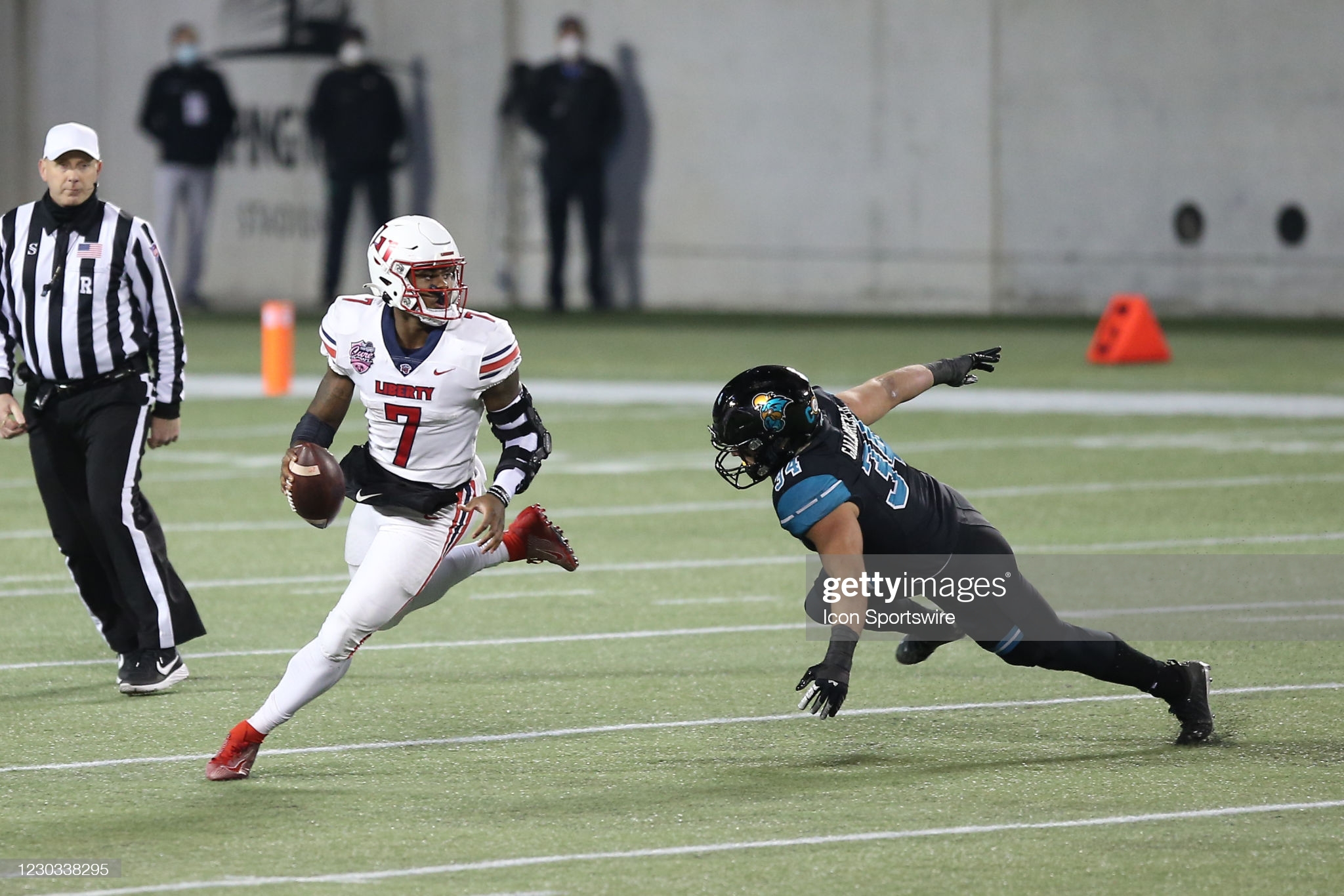 While the Iowa Hawkeyes lost in the Citrus Bowl against the Kentucky Wildcats on New Year’s Day, the favorite to be C1 in this draft class, Tyler Linderbaum, had a great performance upfront for the Hawkeye offensive line. He was stout in pass protection, limiting penetration against defensive tackles that had the size advantage on him, utilizing great technique and anchor to keep the pocket clean. He was also dominant in the run game as he has been all season, showcasing his incredible athleticism in space paired with the nastiness to put his competition on their backs. Linderbaum gave us an injury scare late in the game but came out fine and now sets his sights on the first round this spring.

The Georgia Bulldogs came out for blood in the CFP Semifinal Game at the Orange Bowl and took the Michigan Wolverines to the woodshed. The defense was swarming all night, regaining their momentum after suffering a setback against the Crimson Tide in the SEC Championship Game. Two players that stuck out include LB Nakobe Dean who recorded seven total tackles, two TFLs, a sack, and a forced fumble. Dean was all over the place as the defensive playmaker in the front seven for the Dawgs, putting pressure on the QB and showing great pursuit on the ballcarrier in the run game. Dean may lack ideal size, but his instincts, character, and versatility make him a shoo-in to be a Late Day One/Early Day Two selection.

This is a hell of a play by Nakobe Dean. He sniffs out this play from the other side of the field.

Going into the game, I thought Michigan might have the coaching prep/scouting advantage. I was way wrong. pic.twitter.com/ozrfWEsIa7

Kendrick transferred from Clemson this offseason amid some legal issues that had him leave the team, but he has fit in well in Athens ever since, shoring up the backend of this stellar defense. He was elected Defensive Player of the Game in this one, tallying five total tackles and two INTs on the night. Kendrick is a physical corner that can play press and off-man, having the size and length to cover the big-bodied receivers on the perimeter. His past will have to be vetted by front offices, but his talent and upside at the next level are undeniable.

Only one player on Michigan has caught more balls from McNamara than Derion Kendrick pic.twitter.com/T9t5aNSyvG

Willis has had an up-and-down 2021 campaign, but he ended the season on a high note against Eastern Michigan in the LendingTree Bowl. The Flames won the game 56-20 behind an impressive performance from Willis where he completed 13-of-24 pass attempts for 231 yards and three TDs while chipping in another 58 yards and two TDs on the ground. The main thing to take away from this game is that Willis avoided the turnover bug that he has struggled with all season, taking better care of the football. Granted, NFL defenses will undoubtedly pose a greater challenge than Eastern Michigan, but Willis’ skillset and potential will make him an intriguing prospect that some team will gamble on early in the 2022 NFL Draft.

Zappe rewrote the record books in the Boca Raton Bowl where The Hilltoppers beat Appalachian State 59-38, setting the new single season records in passing yards (5,967) and TD (62) in FBS history. Zappe completed 33-of-47 pass attempts for 422 yards and six TDs with zero INTs, eviscerating the Mountaineer defense through the air. Zappe transferred from Houston Baptist this past season and the move has paid off in a big way for the young man, going from an afterthought to legit NFL prospect. He will get labeled as a backup QB due to his size (6’1, 220lb) and system he played in, Zappe should expect to get a chance in the league to back up a starter and get a shot in backup/spot starter.

The Alabama Crimson Tide had their way with the Cincinnati Bearcats on the ground in the Cotton Bowl, winning the CFP Semifinal in convincing fashion 27-6. Brian Robinson Jr. was the focal point of the offense for the Tide, toting the rock 26 times for 204 yards, averaging 7.8 yards a clip. Robinson gashed the Bearcat defense, utilizing both the wide running lanes provided by his offensive line and his physical running style to pick up chunk gains at will, breaking the opposition’s will. Robinson may not be the same caliber of NFL prospect some of his predecessors were, but he can no doubt fill the “Thunder” role in a committee at the next level as a Day Three selection.

Gonna need a yards-after-contact counter on Brian Robinson Jr. today it seems. The fifth-year Alabama RB is bowling over defenders and showing his physicality early.pic.twitter.com/HhY40ARF4e

The Oklahoma Sooners rolled the Oregon Ducks in the Alamo Bowl, winning in convincing fashion 47-32. Kennedy Brooks was the engine behind the offensive explosion for the Sooners, carrying the ball 14 times for 142 yards and three TDs while chipping in another three catches for 24 yards through the air. Brooks has often operated in tandem with other backs in Norman but has shown elusiveness in space and sneaky explosiveness in the open field to break big runs. While he may be considered a later-round draft selection, look for Brooks to be a great value pick for a team looking for a compliment in the run game or a cheaper investment at the position with starting qualities in the league.

Oklahoma can not stop scoring. Kennedy Brooks finds the edge, with the help of a great block by Jeremiah Hall, & scores from 29 yards out. The rout is on in San Antonio.

Several pass catchers had big games during college bowl season, but many were names that are either too young to declare (Jaxon Smith-Njigba lol) or have opted to return for 2022. One name that is guaranteed to be going pro is TE Isaiah Likely from Coastal Carolina who helped secure the victory over Northern Illinois in the Cure Bowl 47-41. The 6’4, 240lb senior caught seven balls for 96 yards and two TDs in his final game, taking his totals to 912 yards and 12 TDs on the season. Likely is that new-age WR-turned-TE that is dangerous up the seam and after the catch with his athletic ability in the passing game. He will have to improve as a blocker, but his upside is tantalizing.

The Kentucky Wildcats beat my home-state Iowa Hawkeyes in the Citrus Bowl by a score of 20-17. Iowa took the lead late in the fourth quarter, but WR Wan’Dale Robinson took over on the final drive, getting Kentucky inside the five for the go-ahead score. Robinson totaled ten receptions for 170 yards on the afternoon in Orlando, generating separation with ease and created YAC with impressive movement skills in the open field. Robinson has year to officially declare being a junior, but after a 104 catch/1,334 yard/seven TD campaign, expect Robinson to enter the 2022 NFL draft as a legit weapon that can be schemed up several ways to attack defenses.

WAN'DALE ROBINSON IS PUTTING ON THE SHOW 👀