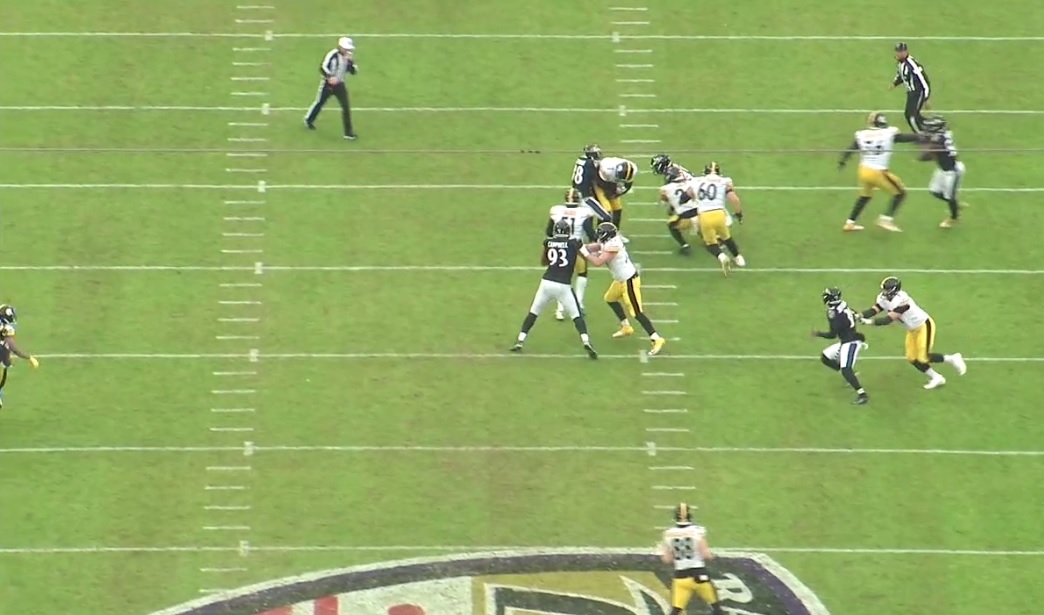 Breaking down the lone sack allowed by the Pittsburgh Steelers against the Baltimore Ravens Sunday afternoon.

Another overload blitz that gets the Steelers. Similar situation to their issues against the Minnesota Vikings earlier this year. Amoeba, third-down look, with just three players putting their hand down, two of them out on the edges and one shaded as a 4i against right tackle Chukwuma Okorafor. LB and DB in the A gaps with seven players on the line.

There’s the slide side and the away side. Center starts the slide. Here’s the pre-snap looked based on the most immediate threats. 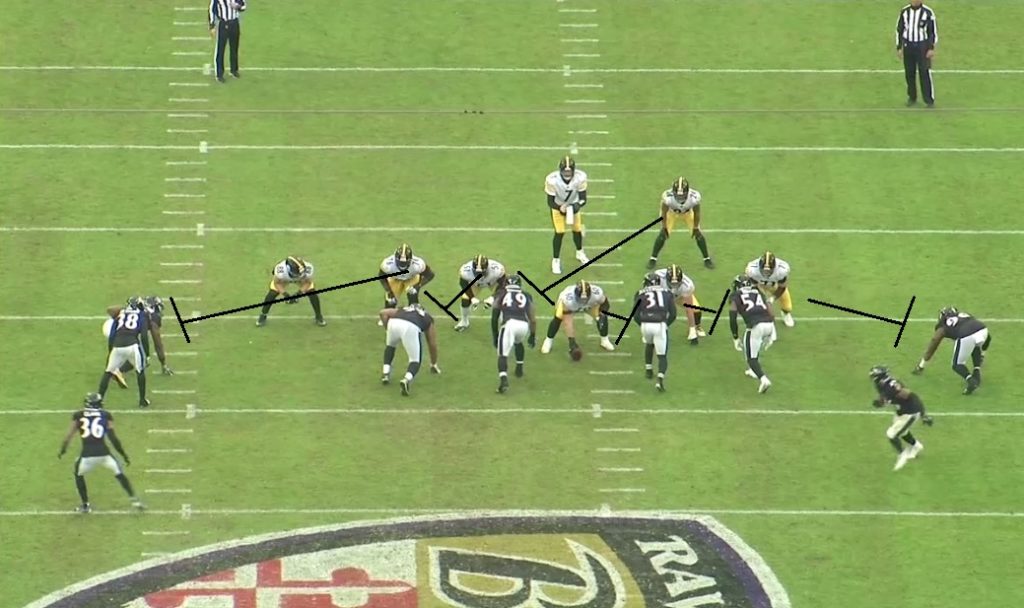 The Ravens bring the overload from their left, the Steelers’ right side. #38, line off-ball on the line rushes as an additional blitzer with the LDT and LILB running a twist, the DT slanting inside with the LILB looping over the top. Here’s how that looks. The backside DB, RILB and the RDE both drop out to rob any “hot” throw away from the blitz. 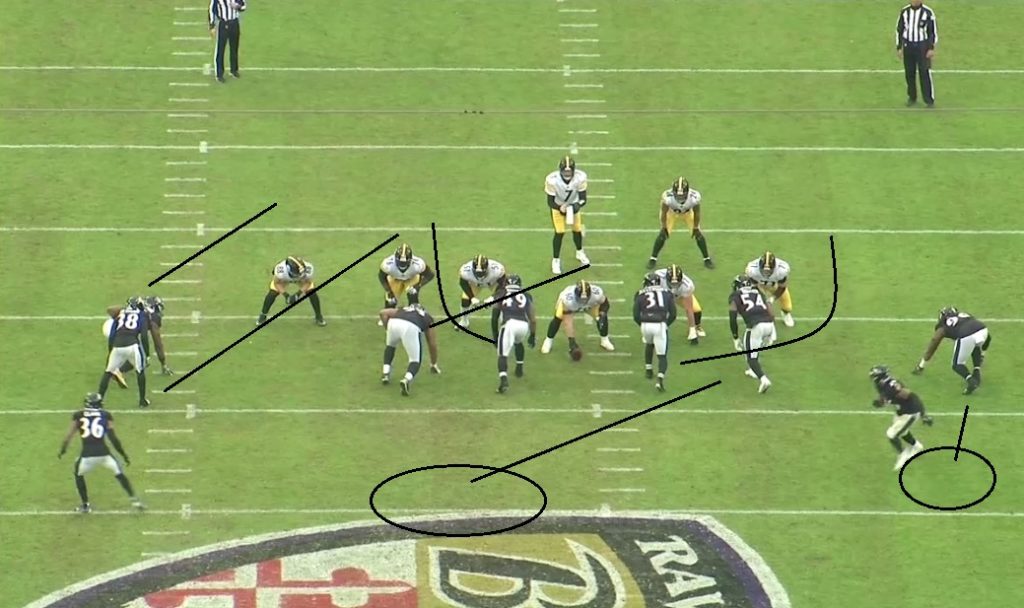 And it’s not picked up well. Snell has to adjust to the twist and struggles with the additional blitzer (#38) moving his eyes. He has to work inside out and pick up the inside threat and he gets caught in-between both of them, picking up neither. 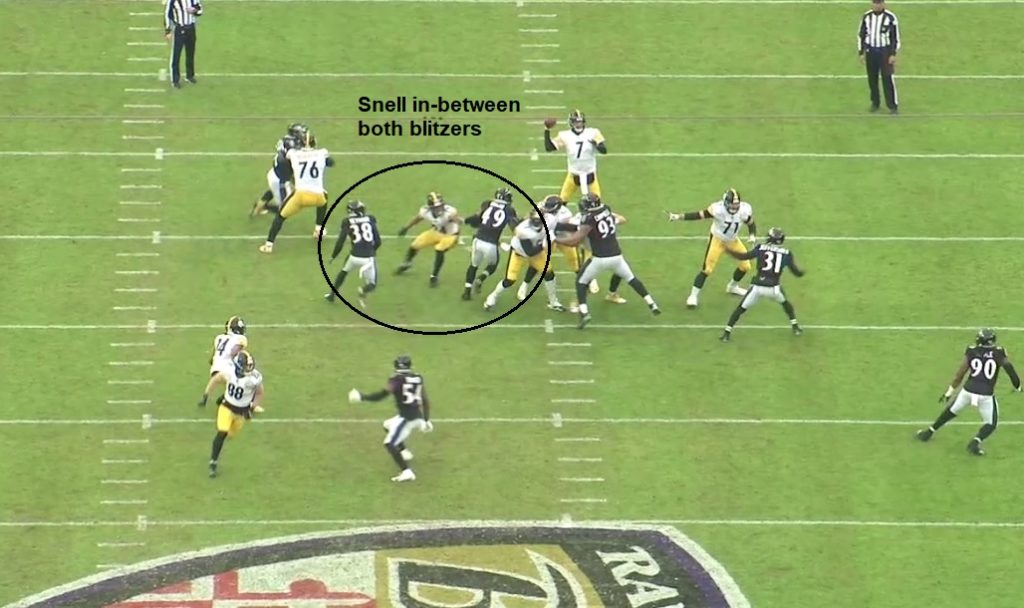 #49 is first man there to apply pressure while #38 cleans it up, and Roethlisberger gets slammed to the ground (it’s a surprise the ref didn’t blow the whistle earlier). And down he goes for the 38th and final time of the regular season.

I think Roethlisberger could’ve looked hot here instead of staying on his #1 read into Diontae Johnson, because even if Snell picks up his guy perfectly, there’s an unaccounted for free rusher. But there was a breakdown in protection, and I am going to put the blame on Snell for not doing his job.