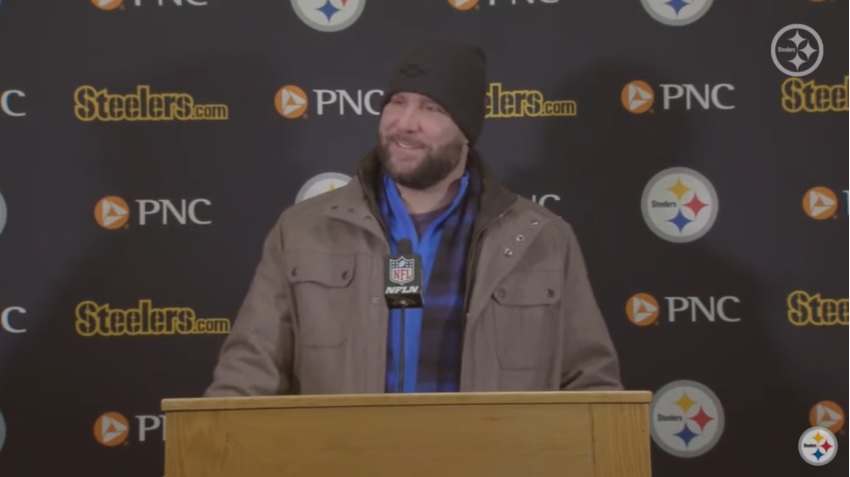 It didn’t end pretty. It rarely does. But Ben Roethlisberger played his final NFL game Sunday night. And after the game, he took a moment to reflect on his career, not just tonight.

Though the time to talk about it post-game was far too short, Roethlisberger briefly summed up his last 18 years as a Steeler.

Roethlisberger’s final game reads like this: 29/44, 215 yards with two touchdowns and zero interceptions. The box score doesn’t reflect the game. Receivers hurt the team early with drops while the touchdowns came late in the game with things already decided. The offense again started slow, a recurring theme, and didn’t get going until the Chiefs let them.

While the loss was disappointing, it was expected. And Roethlisberger’s time with the media was spent less focusing on the problems at Arrowhead but the journey he’s had to get to this final game. Big-picture, Roethlisberger credited how hard this current group of guys fought this season.

“I will say that I’m really proud of the way guys fought. We had guys whether it’s linemen or backs or receivers, tight ends, I mean, guys stepped up and literally fought to the end tonight. Guys just never quitting literally to the last second, even when it’s [over]…and so I’m just so proud to call these guys brothers and to play for them.”

Roethlisberger’s played with hundreds of players over the year. But this will be the last group he ever works with. And until his retirement press conference in the coming days, this will be the last time he’ll speak with the media as an official member of the Pittsburgh Steelers. Of course, with a career like his, he’ll always be considered one.