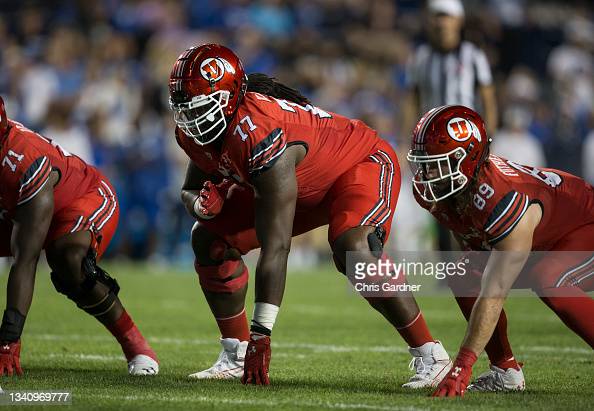 It’s the time of the year for the underwear Olympics at the post-season bowl games.  At each of these games and at the NFL Combine the players with NFL dreams will be measured and weighed and scrutinized to the eighth of an inch. While what the players do on the field is most important things such as the length of a linemen’s arms or the hand size of quarterback could lead to some teams double checking and second guessing.

The measurements listed on the school websites and the game day programs are usually inflated or deflated in some way. We have the official measurements from the players at the East West Shrine Bowl.  I took a look at those numbers and here are ten that stood out.

The NFL has changed its stance somewhat on the height requirements for quarterback. Kyler Murray was the number one pick overall at just over 5’10”. King played quarterback for Houston and Miami and due to some injury issues he played for six seasons. In 48 games he produced over 8,300 passing yards and 76 touchdowns with just 19 interceptions. He chipped in another 35 touchdowns rushing and receiving. A lot of production but is that too small to stay at QB?

McCall is that big bodied nose guard who is tough to move in the middle of a defense. Coming in at under 6’3”, his official weight is pretty high.  However, it is not as high as it was during the season. He was listed at 379 lbs. on the Kentucky roster. He’s the type of player who can occupy offensive linemen to keep our linebackers clean to make tackles. Dropping some weight could benefit him and make him more desirable to teams.

The group of centers in this game range in weight from 293 to 310 lbs. Hoffman is the heaviest of the group and measured well in the other categories too. His height, weight and arm length all are right around the NFL averages for centers.  A lot of the centers coming out of college now are on the lighter side these days and don’t fit the physical run schemes. From what I’ve read Hoffman is the blue collar guy who plays through the whistle.  He’s a guy to keep an eye on.

Speaking of length, these two offensive tackles topped the chart with both having 36 1/2 inch arms. That is massively long. Anything over 34 inches is good. Length on the edge is usually a big advantage for the larger offensive lineman to deal with the quicker, smaller pass rushers. Olaseni also has a wing span of 88 3/ 8 inches. That’s over 7’4” inches long and more than nine inches longer than his height.

Listed at 5’9” in college Sterns came in more than an inch and a half lower than that.  However, if you look at his statistics from last year you might do a double take.  He played with quarterback Bailey Zappe who set many passing records this year and someone had to catch all those passes.  Sterns finished his 2021 season with 150 receptions, 1,902 yards and 17 touchdowns!  Those numbers are good no matter how big you are.

When rushing the passer there are many physical traits that can be helpful including speed, strength and in this case, length.  Anenih measures 6’2” and 251 lbs. with arms over 34 1/4 inches long. His wingspan was nearly seven feet. For comparison the Steelers Edge rushers both measured in at 33 1/8 inches. Anenih’s numbers match what a lot of offensive tackles have. He produced 98 tackles, 31.5 tackles for a loss and 20.5 sacks.

Hand size is something you’ll hear about with quarterbacks and the bigger, the better when it comes to gripping and throwing the football.  Coan’s measurement is a solid length overall with ten inches or better being something teams look for but his were the largest of the whole group with four of the QB’s coming in under 9 1/4. All the quarterbacks other than Coan (6030) measured less than 6’2”. Smallish group overall.

Thornton easily had the smallest hands of the wide receiver group coming in under eight inches long. It makes it even more intriguing that the 6’2” receiver also measured with the longest arms in the group at 33 1/8 inches. That is an odd combination and maybe it makes up for the smaller hands.  He still put up good numbers with 143 career receptions, 2,242 yard and 19 touchdowns. He’ll need to catch everything and show he can make the contested catch for teams to overlook this deficiency.

Small school prospects always draw some extra attention at these games and Webb is one of those guys. He was the only cornerback listed at over 200 lbs. He also tied for the longest arm length at 32 inches and was second in wingspan at 78 inches.  That is 6’6” wingspan on a corner that is a half an inch taller than six feet. He has the size to battle with NFL sized receivers and the length to be disruptive as well.