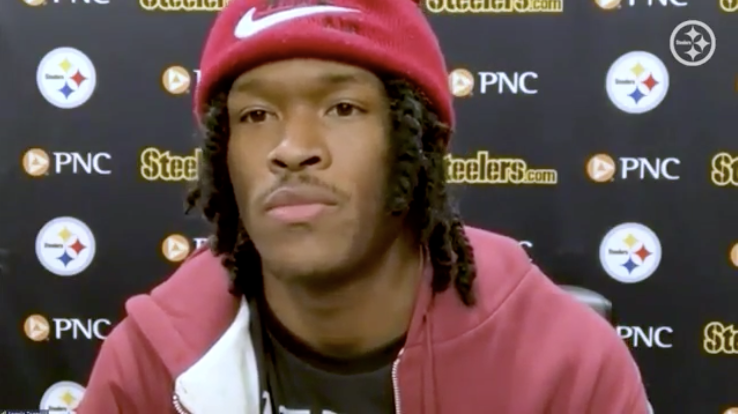 The last two months or so, there’s been one player on the Pittsburgh Steelers’ offense that has seemingly become a focal point within the passing game. That same player has also been it’s most surprising. That would be fourth-year wide receiver Ray-Ray McCloud.

Once long-time slot receiver JuJu Smith-Schuster was lost for the season with a shoulder injury against the Denver Broncos at Heinz Field, McCloud has been the one who has benefited the most from the increased playing time, becoming arguably the No. 3 or No. 4 option in the passing with the Steelers down the stretch.

In the last eight games, McCloud has averaged seven targets per game to go along with just under four catches per game for roughly 27 yards. Those are certainly not eye-popping numbers, but that says more about the Steelers’ stunted passing attack more than anything else. In fact, McCloud has made some major catches in the last two weeks, taking two big shots over the middle to move the chains with catches against the Cleveland Browns and Baltimore Ravens in successive weeks, as well as the 4th and 8 conversion on Sunday in overtime against Baltimore.

Speaking to reporters Monday, McCloud — who has caught a lot of flak through the media and the fanbase for the amount of targets he gets on a weekly basis — was appreciative of the trust the Steelers have shown in him in recent weeks, stating that the trust was all he needed to carve out a role in the Steelers’ passing game.

“You know, all I need is my team to trust me,” McCloud said to reporters Monday, according to video via Steelers.com. “Ben [Roethlisberger], Coach [Mike] Tomlin, Coach [Matt] Canada, my receiver corps…we all push each other, and I appreciate them trusting in me.”

Roethlisberger has certainly shown a ton of trust in McCloud, stating in previous weeks why he targets McCloud so much following the Steelers’ win over the Tennessee Titans.

“Ray-Ray’s very shifty and quick,” Roethlisberger said. “Finds ways to get open and man coverage. Really good like that. And they’re doubling [Diontae] and Chase a lot too.”

Though he’s a shifty, quick wide receiver that finds ways to get open, the production overall just isn’t there. Hat tip to Steelers Depot’s own Alex Kozora here, who found this stats nugget regarding McCloud’s production.

It’s certainly not McCloud’s fault as he runs the routes he’s asked to run and makes the plays as they come, but that’s really tough to see two Steelers’ receivers in the last 5 years or so holding spots on this infamous list. That says so much more about the offense than the talent themselves.

The trust is certainly there though, and it will remain there moving forward. That’s a credit to McCloud’s development overall.