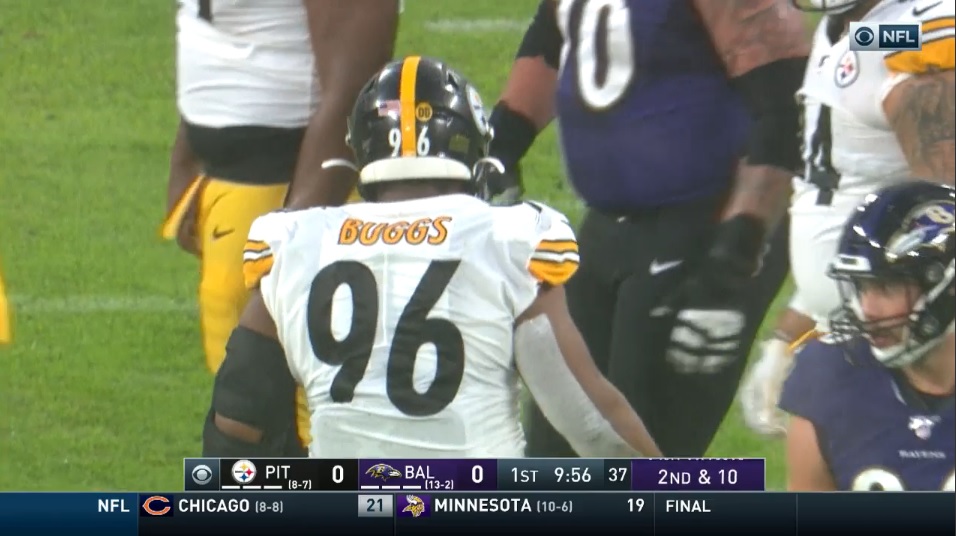 Isaiah Buggs’ time in Pittsburgh is over, but his 2021 season isn’t. He is signing with the Las Vegas Raiders’ practice squad, according to this tweet-report from NFL Network’s Tom Pelissero.

Former #Steelers DL Isaiah Buggs is signing with the #Raiders practice squad, per source. Buggs cleared waivers, so he's eligible to play in the postseason.

Buggs was surprisingly released prior to the Steelers’ regular season finale against the Baltimore Ravens. He fell out of favor the latter half of the season, struggling to find consistency. He also battled an ankle injury and missed time due to COVID.

A sixth round pick of the 2019 Draft, he was part of the Steelers’ historically bad run defense, a group hit hard by injuries. Buggs, like others, struggled to fill the shoes of Tyson Alualu and Stephon Tuitt.

But now his season will continue as the Raiders enter postseason play. They made the playoffs with their win over the Los Angeles Chargers Sunday night. Daniel Carlson’s 47-yard field goal clinched their spot and by extension, Pittsburgh’s spot. A tie between the Raiders and Chargers would have eliminated the Steelers.

Las Vegas will play the Cincinnati Bengals Saturday at 4:30 PM/EST.

UPDATE (2:12 PM): Buggs posted this thank you message on Instagram a short time ago.

Isaiah Buggs on IG and him going to the Raiders #Steelers pic.twitter.com/UG0d6mgTJM