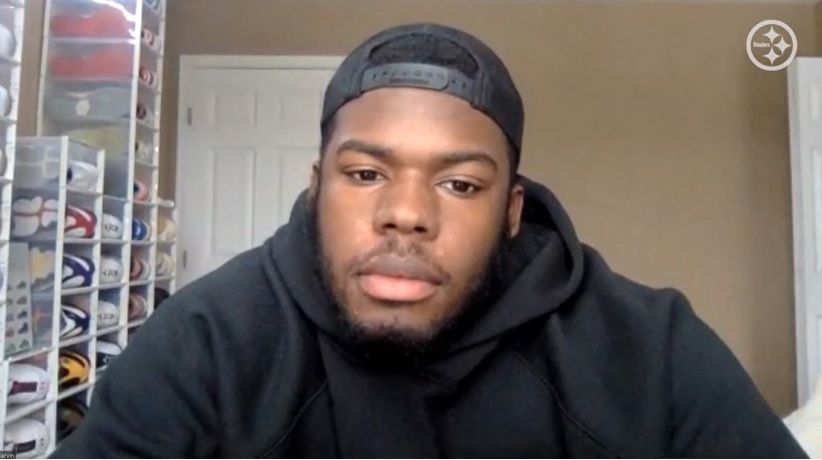 When rookies enter the NFL, we focus on the adjustment to professional ball. The speed of the game, how much bigger, faster, stronger everyone is and each guy playing on Sundays is part of that 0.1% of elite NFL talent. There’s no playing against future accountants like you get in the ACC. But one aspect that goes undiscussed is simply how long the NFL season is. Pressley Harvin got to live that experience, and said the grind of the year, July to January, was one of the toughest parts of his first season in the big leagues.

Harvin spoke with reporters about it on Thursday.

“This has been a long season,” he told the media via Steelers.com. “Honestly, I’ve never had a season like this before. College seasons usually aren’t as long at all. Usually play twelve games and I only had one that was 13 going to one bowl game. It’s been a grind. It’s been week in and week out of different type of opportunities that’s on a table. Different type of situations and different type of feelings in the season.”

Harvin, a star punter at Georgia Tech, had never punted in a game later than December 10th in his career. The Steelers’ season didn’t end this year until January 16th. Harvin missed time at the end of the regular season due to the death of his father, but he says he had to fight through the mental toll of the year, even moreso than the physical component.

“I didn’t feel like my legs were too tired. Our staff usually keeps us really on our feet and takes good care of us, But I think the mental part was the biggest thing. I think it was around the point about October, November, that’s usually when a season will start winding down and you will start getting into bowl season play. And that’s when you have to just motivate yourself a little bit more to continue on and keep grinding. I mean, this has been the longest season ever in NFL history too.”

The NFL expanded to 17 games, an 18-week season, for 2021, asking veterans and rookies to gut it out for one more week. For rookies, that first year is even more non-stop. They go from their college season to pre-draft training and games (Senior Bowl, Shrine Game, etc) to their pre-draft workouts, the Combine (though it wasn’t held in 2021) and Pro Days before they ever even get drafted or sign with a team. A week or two later, they’re attending rookie minicamp followed by OTAs, mandatory minicamp, a short summer break, and then back at it for training camp, preseason, regular season, and postseason.

Being a rookie is all about surviving, and it’s no surprise to know so many first-year players hit that rookie wall.

“When I first got here, [my draft preparation] really didn’t even matter anymore because it was a completely different plan we’re on now. Usually when I was back in training, I would kick three times a week. Basically still kick three times a week, but it’s a completely different type of punting than I would usually do. As well as working out and the whole daily routine was different.”

That’s why pre-draft training isn’t always helpful. When you’re working out in a facility before the draft, you’re training for everyone and for no one. An entire league who may draft you. When a you get on a team, you’re now working their system for their coach and their specific style. Like everything else in Year One, there’s an adjustment.

Harvin’s rookie season overall was not a good one. He finished the year 28th out of 29 qualifiers in punting average at just 42.6 yards per boot. His net average finished at 38.0, 27th of 29. The only silver lining was a solid performance in the Wild Card game, 49.7 yards on seven punts against the Chiefs, though his net average took a big hit thanks to two long KC returns. Still, it finished at 40.7, better than his seasonal average.

With Corliss Waitman claimed off waivers, Harvin is the only punter on the team’s roster. Pittsburgh is likely to add in the offseason if for nothing else than because the team usually carries two punters heading into training camp. It’ll be a matter of how much competition they choose to give Harvin. Pittsburgh has preached patience with Harvin, but football is a business. The difficulties of a rookie season should be noted, but Harvin’s seat should be warming heading into the summer.