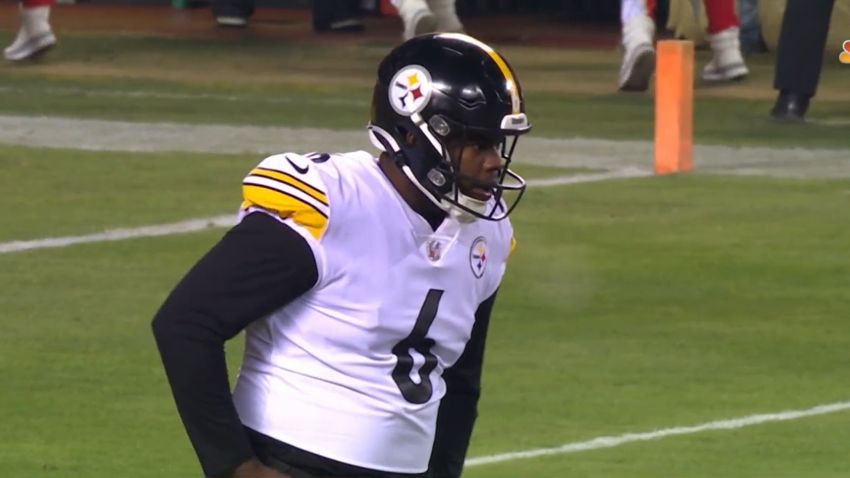 I’m sure almost everybody can relate to how difficult it might be to lose a loved one, especially at a young age, or when you are at a relatively young age. Multiple members of the Pittsburgh Steelers roster had to battle through tragedy in their lives this past season, and that included rookie punter Pressley Harvin III.

Both his father and his grandmother were terminally ill, and they learned late in the season that his father had little time left. He ultimately passed away on Christmas morning, the day before a road game. While his father is no longer physical present with him, however, he continues to throw through the lessons he taught.

“I think the biggest thing mentally that I’ve found out about myself off the field was that it’s okay to not be okay sometimes”, he told reporters yesterday. “These last couple of weeks have been tough. When I first found the news out about my father, it was actually Christmas morning, and I was supposed to be traveling to Kansas City, but, I decided to go home, and that moment, in that car ride back…I took a second to reflect on what my dad told me”.

“The biggest thing he told me was, whenever the time goes when he’s not gonna be here anymore, was the handle my business and take care of my family”, he continued. “I think that’s the biggest thing that I learned during this season, is my life is different now, and I’m not home, and I have this job, but at the same time, you still have to handle your business outside of it”.

Harvin tended to his family at that time, mentioning that he had to drive 10 hours just to get back home because flights were canceled. He returned late the following week, but the Steelers opted to continue with Corliss Waitman, whom they signed to punt the previous week. But the rookie was back for the finale. Despite struggling, they stuck with him, and he played well in the postseason loss.

“He really showed me just by that small statement that he made, just to handle your business, it showed that you have to live almost two lives”, he said about what he took from his father’s aspiration for his son. “When you’re on the field or when you’re in the building, and outside of it. I was trying so hard to get both of those to come together. I finally realized when he said that that, sometimes you don’t have to have it come together. Sometimes you have to reflect back to your family, the ones that are closest to you, to give you that motivation during the year”.

He said that while he would speak to his family during the year, so much of it always revolved around his job, just because he was so focused on trying to do his job to the best of his abilities—and quite frankly, just to keep up.

“I never really focused on things outside of it and getting away from it a little bit, because this stuff can make you insane sometimes, especially with how long this season is”, Harvin said. “I feel like that’s the mental part, that was tougher as the season continued to go on, was, how can you get away from it a little bit to motivate yourself to get back? And that was the biggest thing that he taught me”.

Almost everybody wanted to see Harvin gone, or at least for Waitman to finish out the season. I for one and relieved that he had the opportunity to finish the season strong. He punted seven times in the postseason loss, averaging nearly 50 gross yards per punt. He still netted 40.8 yards, but one bad coverage play that allowed a 48-yard return made it look worse than it should have been. Take out that one return, on what was a perfectly fine punt that should have been covered better, and he grossed 46.5 yards on his six other punts.