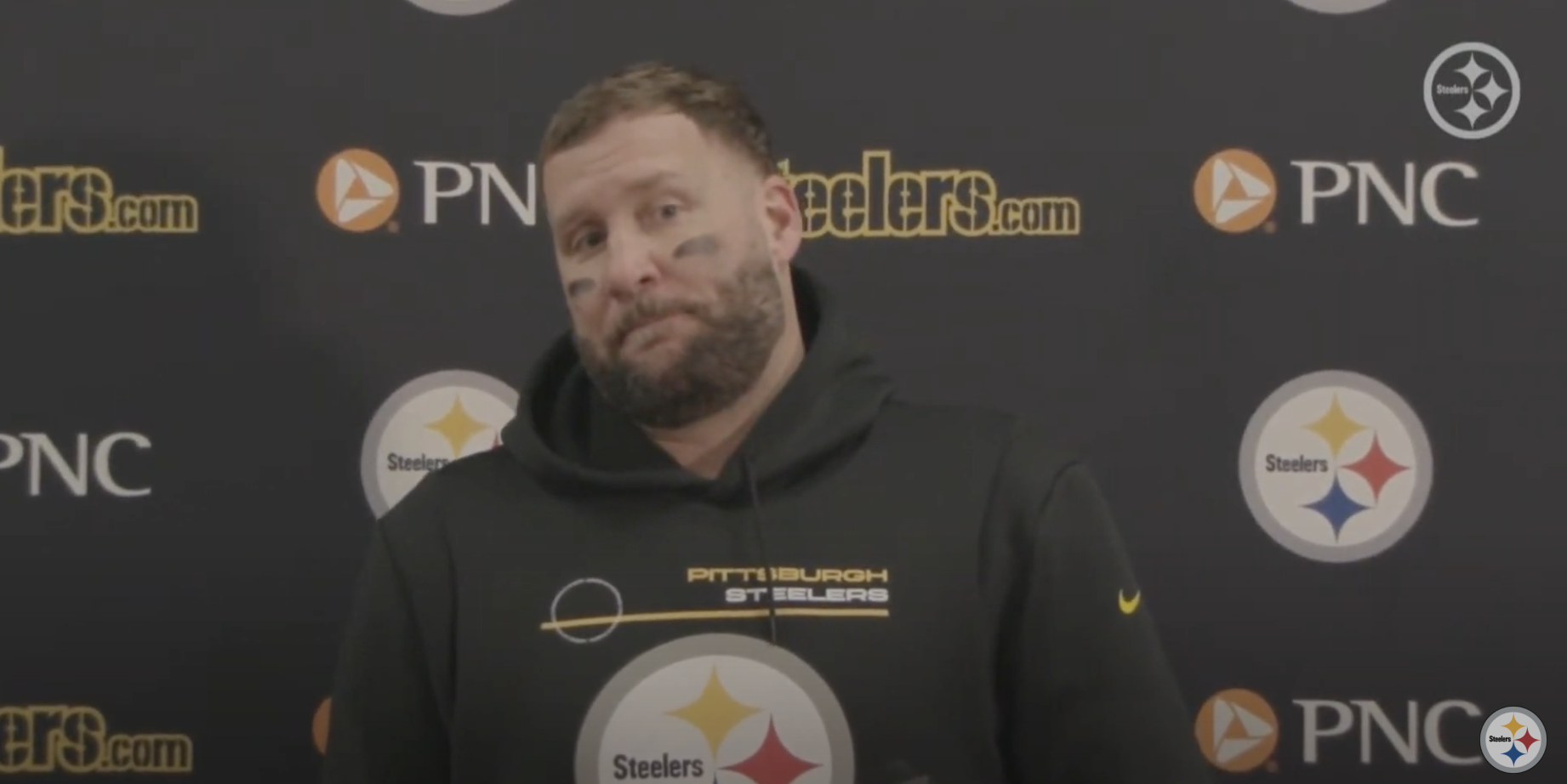 One day before the Pittsburgh Steelers and Baltimore Ravens were set to face off in one final battle in the Ben Roethlisberger era, a number of past and present Ravens’ greats heaped praise on a quarterback who has won more often than not in the heated AFC North rivalry.

Former linebacker Bart Scott called Roethlisberger Michael Myers and stated that he “hated him,” while defensive coordinator Don “Wink” Martingale compared Roethlisberger to “The Terminator,” stating that he never gives up.

Both of those sentiments lived up to the billing on Sunday as Roethlisberger led a go-ahead touchdown drive in the fourth quarter on the road against the Ravens, and then led the Steelers on the game-winning field goal drive in overtime, including converting a 4th and 8 in overtime to Ray-Ray McCloud to help set up Chris Boswell’s game-winning 36-yard field goal with under two minutes remaining.

Despite all the respect he has for the rivalry with the Ravens, the future Hall of Fame quarterback stated Sunday after the win that he won’t miss playing Baltimore anytime soon.

“Oh, I told a lot of those guys I am not gonna miss playing them,” Roethlisberger said to reporters after the win, according to video via the Steelers’ official YouTube page. “This game — against them specifically — is already a very violent game, but playing these guys has always been one where you wake up on Monday morning, whatever the next day is and you’re hurting and it’s never dirty. It’s just good old-fashioned football.

“Someone on the sideline asked me if this is how these games always go, and I could only think of one or two times where it wasn’t something like this in all the games that I’ve played against these guys,” Roethlisberger added. “I’m just so thankful for this rivalry, and thankful for the games and the players that I’ve gotten to play against in this rivalry, and just proud that we were able to get the win.”

Throughout the years the Steelers-Ravens rivalry has gone exactly how Sunday’s game went: Lots of turnovers, some ugly play at times, a physical rushing attack, and a late score to give one team the win. It’s never been dirty, and it’s always been about respect and pride with these two organizations, which are near-mirror franchises that play the right way, build the right way, and are historically always contenders.

But Roethlisberger nailed it when he said he won’t miss playing the Ravens, considering a handful of his most significant injuries have occurred in this rivalry, including the broken foot, the broken nose, and at least one concussion. Though he’s had many great moments in the rivalry, his body is probably thankful that the rivalry is over.