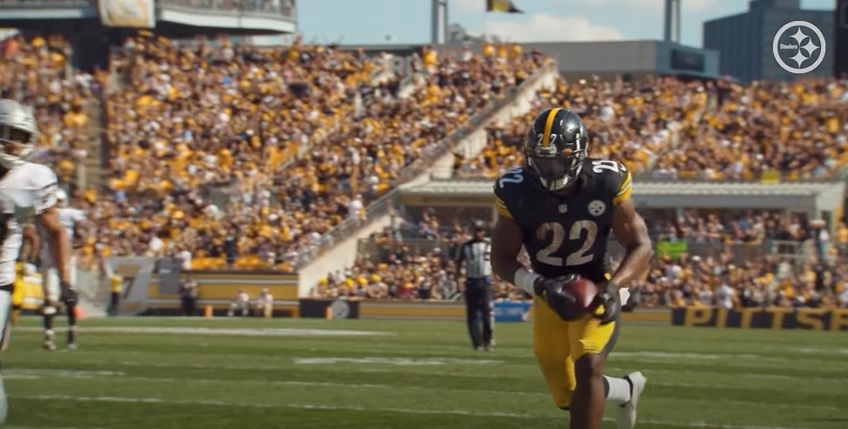 Najee Harris has been awarded the Joe Greene Award, given annually to the top Pittsburgh Steelers’ rookie as voted on by his teammates. As we wrote earlier, Cam Heyward took home The Chief Award to the player who best interacts with the media.

.@CamHeyward & @ohthatsNajee22 were named the 2021 recipients of the Pittsburgh Chapter of Pro Football Writers of America’s annual awards.

Harris is an unsurprising choice for the award. The team’s first-round pick taken 24th overall, Harris has set several Steelers’ rookie records this season. His 1,172 yards are the most by a rookie runner, breaking Franco Harris’ nearly 50-year old mark. The 188 yards Harris ran for in Monday night’s win over the Cleveland Browns is a rookie single-game record. He also made an impact in the pass game. His 70 receptions this season are also the most by a Steelers’ rookie.

On the season, Harris has carried the ball 296 times, averaging 4.0 yards per carry. His 366 touches lead the NFL, and if he maintains that lead through the final week of the season, he’ll be the first rookie to lead the league in touches since LaDainian Tomlinson did so in 2001.

Harris has shown great conditioning, durability, ball security, and an overall well-rounded game this season. While some can debate the value of a first-round running back, no one can debate Harris’ talent or ability, every yard earned behind a rebuilding offensive line.

Harris is the fourth true running back to win the award, joining Warren Williams in 1988, Bam Morris in 1994, and Le’Veon Bell in 2013. Here’s the list of past winners since the award was created in 1984.