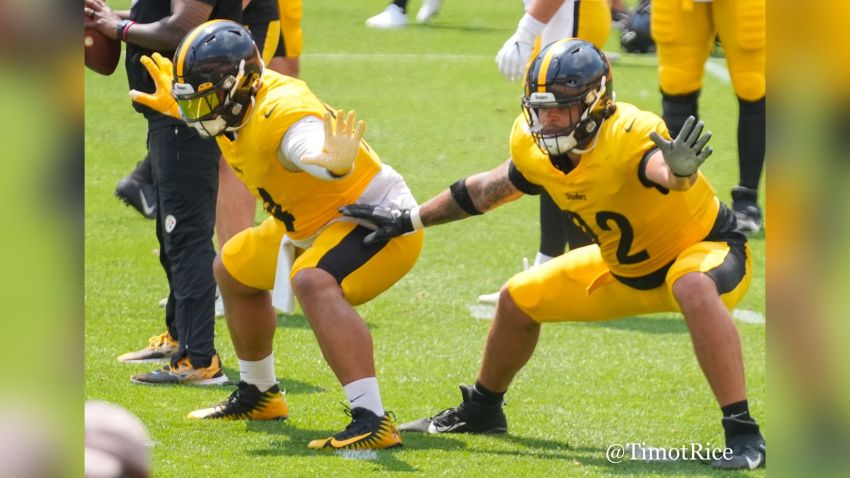 The Pittsburgh Steelers’ defensive line was devastated this season. They never even got Stephon Tuitt on the field. Tyson Alualu went down with a fractured ankle in the second game of the year. The unit went from easily one of their greatest strengths to a decided weakness, even with Cameron Heyward leading the charge with yet another first-team All-Pro season.

While we haven’t heard from Tuitt since, what, maybe 2020 at this point? we have more recently heard from Alualu. He posted on Instagram yesterday, essentially announcing his intentions to return for a 13th season. Provided that the Steelers don’t cut him, he is under contract.

He said that he didn’t want to go out with an injury. But even while sidelined, he remained a very active part of the team, and he was even on the sidelines during games. He even helped to influence the man who was eventually picked up to try to fill his role, Montravius Adams, who was grateful to have him around.

“Tyson’s been here every day, working on his part, what he needs to work on”, he told reporters on Monday, referring to Alualu’s rehab. “Just as a leader, he’s been helping me, day in, day out, on the field, off the field, in the middle of the game. Whatever he can do. Regardless of what happened, he definitely did his part and has been a great leader, and I would love to play with [him]”.

Adams was asked about both Alualu and Tuitt. He said of the latter that he actually already had a prior relationship, because they share the same financial advisor. Whether or not he has ever seen him in person since arriving in Pittsburgh, however, is unknown. There have been reports that Tuitt had been away from the facility.

Both Tuitt and Alualu are under contract for next season, however, as is Heyward. Adams would like to be as well. In the same interview, he talked about how he felt a family atmosphere in Pittsburgh that he hadn’t felt since his college days, coming out of Auburn five years ago.

It’s a pretty good bet that the Steelers will be interested in retaining Adams, as well, who could serve as a key rotational player up and down the defensive line. Others like Chris Wormley, Isaiahh Loudermilk, and Carlos Davis would have to compete for roles and roster spots behind them.

It’s no surprise to hear how active Alualu has been, however. That is the way he arrived in Pittsburgh five years ago. He’s been a locker room favorite since he got here, in no small part due to his passion for the game and the familial relationships he has with his teammates.