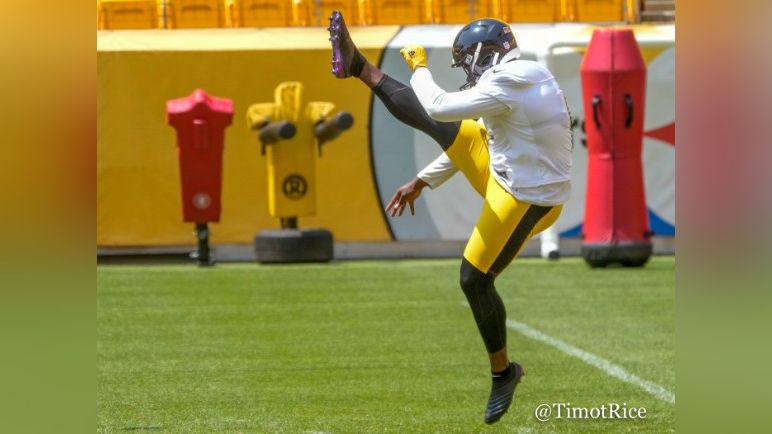 The COVID-19 pandemic has instilled in teams the absolutely essential nature of being able to adjust on the fly. You could have your starting quarterback test positive on the day of the game and not be able to play, so you had better quickly learn how to navigate such obstacles.

The plight that the Pittsburgh Steelers faced this past week, could happen at any time, when rookie punter Pressley Harvin III lost his father. I would say suddenly—he passed away last Saturday on Christmas morning—but he had been ill for a long time, and they were just recently told that his time was short.

Harvin was granted leave to tend to his family and to hold services for his father. While he did not practice this past week, the Steelers did list him as questionable, and head coach Mike Tomlin seemed to leave the door open for him when discussing the situation on The Mike Tomlin Show yesterday.

“Our heart goes out to Pressley and his family for the loss that they endured”, he said. “The services were this week, and we’ll be excited to get him back into the fold and determine what a division of labor is at that position as we step into the stadium”. Perhaps, for example, Harvin could perform the holding duties, and Waitman could punt, though that would require the luxury of having an extra helmet to dress four specialists.

Because of the passing, the Steelers needed to find a punter in a hurry and fly him out to Kansas City on Christmas day to prepare for a game the next day. They were able to sign Corliss Waitman, a first-year player whom they originally signed a year ago as a college free agent, and stashed on their practice squad. He only had to punt once, but he did a commendable job. Naturally, he also served as holder.

“I can’t say enough about Kevin Colbert and his staff. Just working and working to get somebody, not only that’s credible like Corliss Waitman is, but somebody that has had a recent history with us”, Tomlin said in talking about how the team handled the circumstances.

“That was an extremely attractive component of his acquisition. His experience here in terms of understanding our culture and having been a part of this place, and also the established relationship that he had with Boz”.

Boz being Chris Boswell, the Steelers’ veteran kicker. He did miss a field goal in the game from 36 yards out, his first miss in that range since the disastrous 2018 season, but reviewing the play, it didn’t seem to be an issue with the hold itself.

“Make no mistake, I don’t know if they had an opportunity to work a snap-hold component until we got into the stadium, but I’m sure that there was an increased comfort relative to somebody that Boz was just meeting, in an effort to work that component of play”, Tomlin said of Waitman working the holding component of his responsibilities.

The Steelers cut Waitman after they drafted Harvin, and he later signed with the Raiders, though he was cut during training camp. He signed with the Patriots’ practice squad on November 23, and that is where Pittsburgh got him on December 25.

“I was just really appreciative that, number one, that Corliss was out there, and number two, that we were able to do the things necessary to get him into Kansas City and get him into the fold and get his contributions”, Tomlin added.