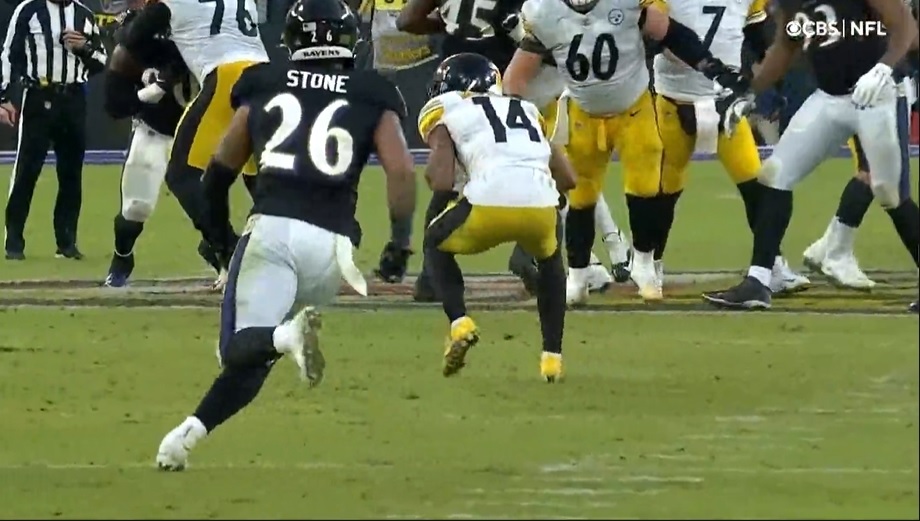 Too involved. Too targeted. Too much Ray-Ray McCloud. That’s been the feeling from fans this year about him. But Sunday afternoon, there wasn’t enough Ray-Ray McCloud. He made multiple clutch plays for the team in their overtime victory against the Baltimore Ravens, keeping their season hopes alive and ultimately getting them into the postseason.

Speaking to reporters Monday, McCloud said his mentality was simple.

“Got the job done and I just had to be there when I needed to be,” he said in a Zoom call via Steelers.com. “Make a play when it counted.”

On paper, McCloud’s numbers look pedestrian. Four catches for 37 yards on nine targets. But the moments he made plays were huge. His first clutch play came on third and nine late in the fourth quarter. Trailing 10-6, a false start pushed Pittsburgh from third and four to third and long. But Ben Roethlisberger found McCloud over the middle of the field, leaving his feet and risking his body to make the catch, taking a hard shot on his way to the ground.

McCloud made his second clutch play in overtime. A tie doing neither team any favors, Pittsburgh went for it on 4th and 8 in no man’s land. Roethlisberger again looked for McCloud over the middle of the field but the pass was a little short, McCloud reaching for it, making the catch, and still moving the sticks.

Without that catch, it’s highly unlikely the Steelers win that game. Baltimore would’ve gotten the ball back with 2:20 left in good field position and Pittsburgh having zero timeouts. That game either ends in a Steelers’ loss or a tie, eliminating Pittsburgh with either outcome.

“I think it was a great ball,” McCloud said of Roethlisberger’s fourth down throw. “He just put in a place where only I could get it.”

For most of the season, he has been the throw-short guy. The option on RPOs, on quick screens, on the one and three-step game. Sunday was different, getting him involved more downfield, by his standards anyway, and he stepped up.

“I have a next-play mentality. Because the next play might be the play that changes the game. That’s how I go about every game.”

His plays not only changed the game. They changed the Steelers’ season, giving them postseason life heading into a day where it felt like Pittsburgh’s chances were almost zero.