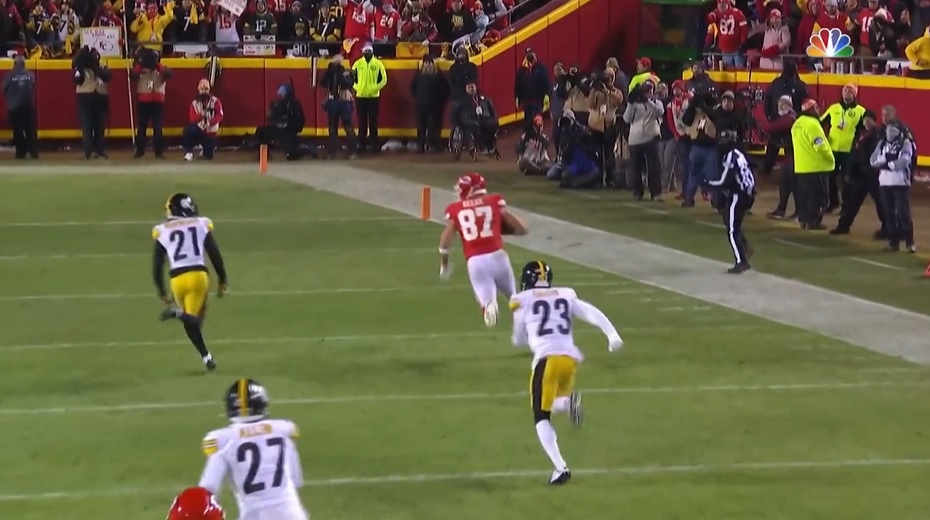 The Steelers’ primary issue all season has been their slow starts to games. On Sunday, it was quite the opposite. After jumping out to a 7-0 lead midway through the second quarter, it was all downhill from there.

The inconsistencies particularly came from the defensive side of the ball. Offensively, the unit was consistently inept once again. Alex Highsmith discussed what led to the defense collapsing after a hot start.

”I think it was just lack of details on our part,” Highsmith said on Monday via the Steelers’ website. “We were kinda letting [Mahomes] out of the pocket more.”

Mahomes’ ability to extend plays was something that the Steelers talked about in preparation for the game. In order to pull off the upset, they would need to contain him in the pocket and bring pressure for 60 minutes.

The result was Mahomes ending up with over 400 yards and five touchdowns. He added in a 23-yard scamper, as well. The Chiefs offense once again had no issues with the Steelers’ defense.

”We came out really strongly in the first [and] second quarter. But I think as the game went on and they started making more plays, we just kinda lacked in our details and our assignments. We know that we could have finished better. And so that’s how it went.”

An unfortunate common theme for the Steelers this season. Too often, the defense lacked simple, crucial details. As a result, the unit declined as a whole.

Part of that certainly comes down on Keith Butler, as well. While the team seemed better prepared on Sunday, they never seemed to be able to put a full game together.

The team now prepares for the offseason with many questions marks, particularly on defense. Along with personnel and coaching decisions, the team must figure out how to be more consistent.