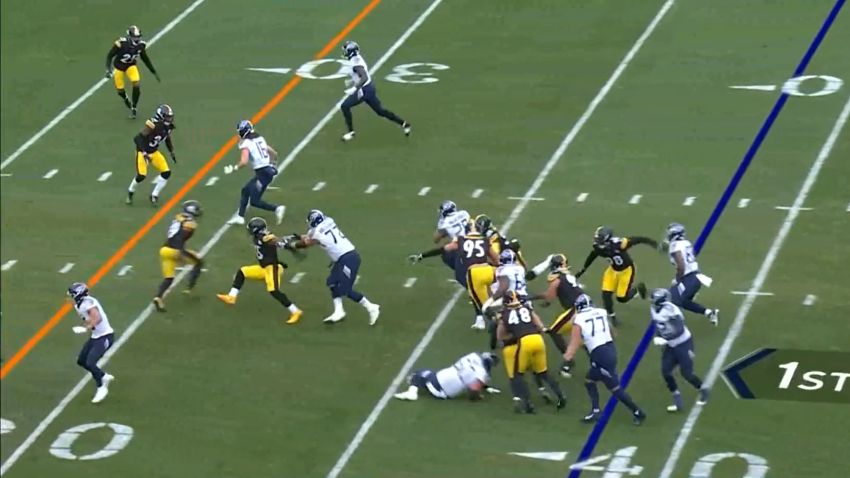 The Pittsburgh Steelers defense recorded the most sacks in the NFL this past season. They also gave up the most rushing yards. According to former defensive coordinator Keith Butler, those two things may not have been entirely unrelated.

“Our defensive line was good in terms of sacks. You look at sacks, that’s fine, but a lot of times when you get sacks, you get up the field too much and you open up holes, bigger holes to run through”, he said when speaking on the Poni and Mueller Show on 93.7 The Fan earlier this week. “That hurts a little bit, too”.

Could the Steelers have been failing to remain disciplined against the run when rushing the passer this past season? One area in which it certainly hurt was allowing quarterbacks to scramble, which increasingly became an issue over the course of the year. But, obviously, the bulk of the damage was done by opposing running backs.

“I think we tried to address that a little bit later on in the year and, it showed up a little bit in the last Cleveland game”, Butler said in trying to address run-game deficiencies tied to an overzealousness in the pass rush. “The thing that we didn’t do a good job of was stopping the running back for Cincinnati. Cincinnati’s got a good football team and our division, I think, is one of the tougher divisions in the National Football League”.

A week after holding the Browns to 93 yards, the Baltimore Ravens rushed for 249, including 150 from Latavius Murray, 46 coming on a long touchdown run. Quarterback Tyler Huntley also rushed for 72 yards in that game.

Pass rushers are supposed to be taught to ‘play the run on the way to the quarterback’, though that can be easier said than done. If you hold back too much fearing the run, you’re not going to get home on your pass rush.

Part of every aspect of defense, though, is playing as a unit, whether that’s rushing the passer to playing the run. That’s where concepts like gap integrity are key. If your pass rush takes you out of your gap, you better be confident that you’re going to make the play, because if you don’t, the offense is probably going to. And then you put that on tape for your next opponent to see.