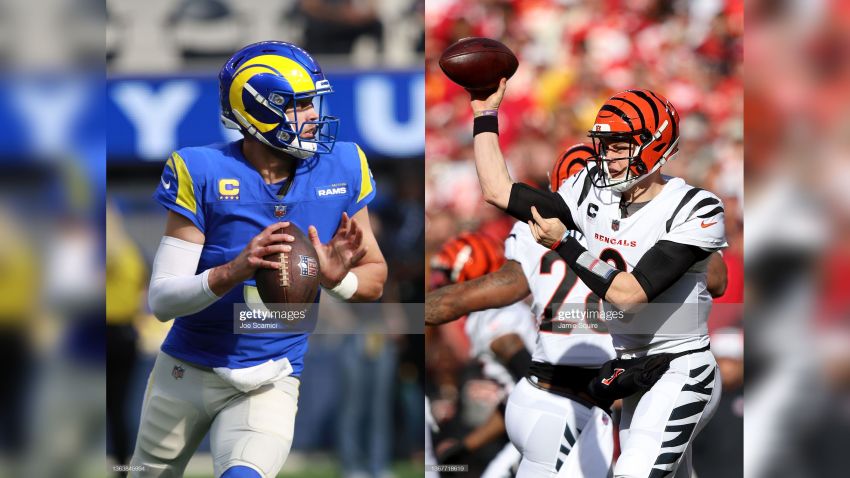 There have been a number of great quarterbacks drafted with the first overall pick over the course of NFL history. According to Pro Football Reference, there have been 38, at least among those listed as quarterbacks. Five of them—**Joe Namath, Terry Bradshaw, John Elway, Troy Aikman, and Peyton Manning—are all in the Hall of Fame.

While a lot of the attention is going to be on Joe Burrow, who already became the first quarterback drafted first overall to advance to a conference finals within his first two seasons, the guy on the other side of the field has a great story, as well.

That would be Matthew Stafford, who toiled away his first dozen years in the league with the Detroit Lions before Sean McVay and the Los Angeles Rams put together the bold plan to make the trade for him. One year into their union and they’re competing for a Super Bowl, and are the early favorites to win it.

This being just his second season, Burrow obviously doesn’t have much history. He only won two games as a rookie last year, but he went 10-6 in 2021 (missing one game) before helping to author a postseason run with three wins already. The Bengals, mind you, hadn’t won a postseason game since 1990, so…

And then there’s Matthew Stafford, drafted by the Lions in 2009. Prior to his selection, Detroit had not even made the postseason the year after Barry Sanders retired, in 1999. Their quarterback was—guess who—none other than Charlie Batch, who went 6-4 that year, with Gus Frerotte going 2-4.

And it had been even longer since they won a playoff game, all the way back to 1991, which, now that the Bengals have won, is the longest active winless streak in the postseason in the NFL. Stafford took the Lions back to the postseason by year three (when he was finally healthy—he only played in 11 games combined in his first two years), and again in 2014 and 2016, but each time, they lost in the Wild Card Round.

The 2021 season, his first with the Rams, also marked the first time Stafford had won a postseason game. He’s now 3-3 after going 0-1 in his first three trips to the playoffs, and is hoping to come out of this one with a winning postseason record.

But he won’t if Burrow can help it, who is looking to go 4-0 in his first postseason in year two. If he pulls it off, he would be around the fifth-youngest quarterback to ever win a Super Bowl as a starter, at age 25, the same age Joe Montana and Russell Wilson were when they won.

**Namath was drafted in 1965, shortly prior to the start of the Common Draft era, when the NFL and the AFL drafted together amongst the same players. He was drafted first overall by the New York Jets in the AFL Draft; he was also drafted 12th overall by the St. Louis Cardinals in the NFL Draft the same year. The only quarterback drafted ahead of him in the 1965 NFL Draft was Craig Morton at five. The top five also included Gale Sayers and Dick Butkus.