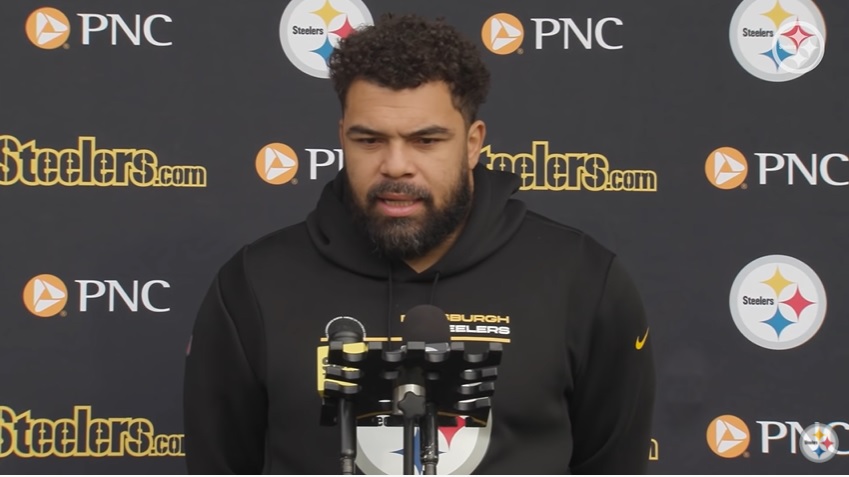 Cameron Heyward has established himself as one of the best defensive players in football. With that, he continues to be a great person off the field.

Heyward’s been nominated for the Walter Payton Man of the Year Award by the Steelers multiple times. His work in the Pittsburgh community has had more of an impact than his on-field performance.

Heyward was awarded the 2021 Chief Award on Wednesday for his cooperation with the local media. He began Wednesday’s press conference by showing appreciation to the media.

“First of all, I wanna say thank you,” he told reporters via the team’s YouTube channel. “I appreciate your guys’ job, it’s not easy and I just try to be honest [and] good for my teammates. I just try to handle my job as a leader and as a captain. It’s my third time winning this and now it’s becoming another senior award, but I got a couple more in me.”

Heyward’s become the perfect face for the city of Pittsburgh as a whole. The award comes after Ben Roethlisberger won it back in 2020. Heyward took some time to reflect on who’s provided the biggest impact on his leadership.

“I was raised a certain way and raised to give people respect. And then going to Ohio State, under Jim Tressel, working with a lady by the name of Shelly Poe. They helped prepare me for dealing with the media and not only dealing with the media, but creating relationships and being able to talk open and understanding that you have a platform.”

As many know, his father Craig “Ironhead” Heyward played in the NFL for years and has been a large role model in Cameron’s life. Heyward won the Chief Award in 2014 and 2019, as well.

While he continues to rack up Pro Bowl honors, the same can be said for Chief Award and Walter Payton Man of the Year honors. When it’s all said and done, that’s what Heyward will be most remembered for.