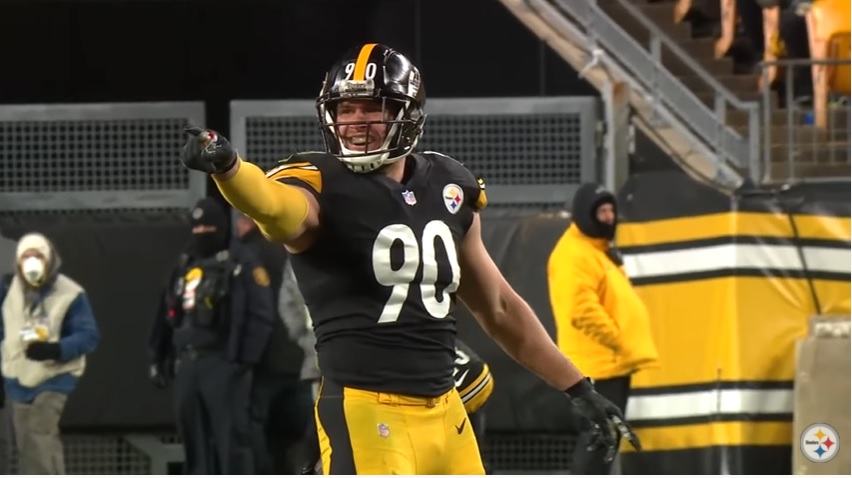 The Steelers had one of their best outings on the season in Monday night’s victory over the Browns. The defense limited the Browns to just 232 total yards and more importantly, 14 points.

The run defense and coverage on the back end both held their own, but the team’s nine sacks was the difference-maker. Per usual, T.J. Watt made the biggest impact in that department. Watt had four sacks on Browns quarterback Baker Mayfield, all but cementing his case for NFL Defensive Player of the Year.

It’s hard to imagine a player being perhaps underpaid for a four-year, $112 million contract, but that’s become the case with Watt. He continues to break records, not just within Steelers history, but NFL history.

Somehow, he continues to get better each and every season. Despite being rewarded the large contract before the season, Watt has had his best year to date.

“His preparation. The games he’s missed and he’s still right there with a chance to break [the record]. I can’t say enough about the guy, playing through all the different stuff and dominating,” Heyward said.

The record Heyward is referring to is obviously the record for sacks in a single season. Watt’s four sacks catapulted him to 21.5 for the season, just one away from tying Michael Strahan’s record. In other words, Watt needs 1.5 sacks next Sunday to break the record.

As Heyward mentioned, Watt has done this while missing two full games. That goes without mentioning the large portions of other games he’s missed due to various injuries that he’s suffered. After being arguably robbed of DPOY honors the past few seasons, it’s virtually impossible to imagine anyone other than Watt winning it this season.