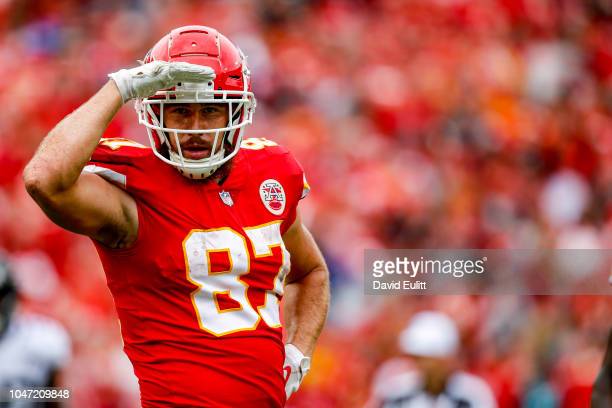 The Steelers look to have better results in the playoffs after a one-and-done last season. As they prepare for the Chiefs, there are certain guys the Steelers are focused on limiting.

Tight end Travis Kelce is unquestionably the best tight end in football, and even has established himself as one of the all-time greats. He missed the Week 16 tilt, but the Steelers defense knows their hands are full with him back for this go around.

“I think he’s the best,” Joe Haden said Thursday via the team’s site. “One of the best tight ends of all-time just because of the way he can split out and be a wide receiver. He’s a mismatch with linebackers and safeties and then with corners. He’s big, a little bigger than us [corners].”

Kelce has seemingly been the main subject of talk all week for the Steelers, including Robert Spillane on Wednesday and a few defensive guys Thursday morning.

His absence in the first matchup certainly played a role in the Steelers limiting Tyreek Hill to 19 receiving yards, as well. With both in the fold and healthy, the Steelers’ defense has its hands even more full than just a few weeks back.

“Him being able to run those routes, being able to find the holes in his zones and then the trust [between he and Mahomes]. The quarterback being such a great quarterback and then having a special player like Kelce. They work hand-in-hand together. They do a lot of the same thing as Ben back in the day, it’s not a lot of the initial first route.”

Outside fans won’t exactly understand that Mahomes-to-Roethlisberger comparison, but it’s a good one in considering their abilities to extend plays. Travis Kelce is an obvious beneficiary of that and is unlike anything Roethlisberger’s had in his Steelers career. Heath Miller made for a really good tight end, but Kelce is on another level.

The common theme of the Steelers’ concern of Kelce: His run after the catch. His 565 YAC ranks seventh in the NFL, just ahead of his teammates and Steelers WR Diontae Johnson. Terrell Edmunds will play a huge role in not only limiting Kelce’s catches, but his run after the catch as well. If the Steelers can limit that, it’s another step toward a potential trip to the AFC Divisional round.