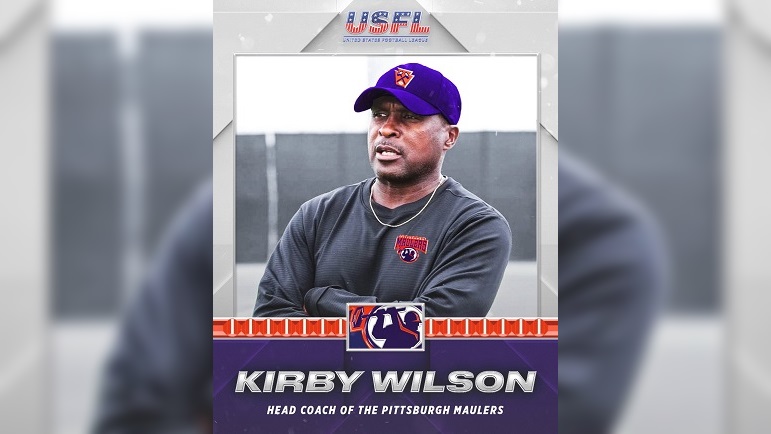 Former Pittsburgh Steelers running backs coach Kirby Wilson will be the new head coach of the Pittsburgh Maulers of the USFL, it was announced Thursday by the team.

Wilson retired from the Raiders back in July. While with the Raiders, Wilson helped develop former Alabama running back Josh Jacobs into a Pro Bowler.

Wilson is now the second former Steelers coach with a head coaching job in the USFL, as former Pittsburgh offensive coordinator Todd Haley was named head coach of the Tampa Bay Bandits last week. Wilson and Haley were on the Steelers’ staff together for the final two seasons that the former was in Pittsburgh.

FOX Sports owns the new USFL, and it is no longer affiliated with the former league, which ceased operations in 1986. In the inaugural season of the new USFL, all eight teams will play in one location, which will be announced soon. In the future, the USFL expects teams to play in their own markets.

The league will hold a player selection meeting on Feb. 22-23, and training camps will open on Monday, March 21. Each USFL team will reportedly carry a 38-man active roster plus a seven-man practice squad, and players will receive base compensation plus be eligible for victory bonuses in addition.

The 2022 USFL regular season will begin April 16 and run through mid-June, followed by the playoffs.