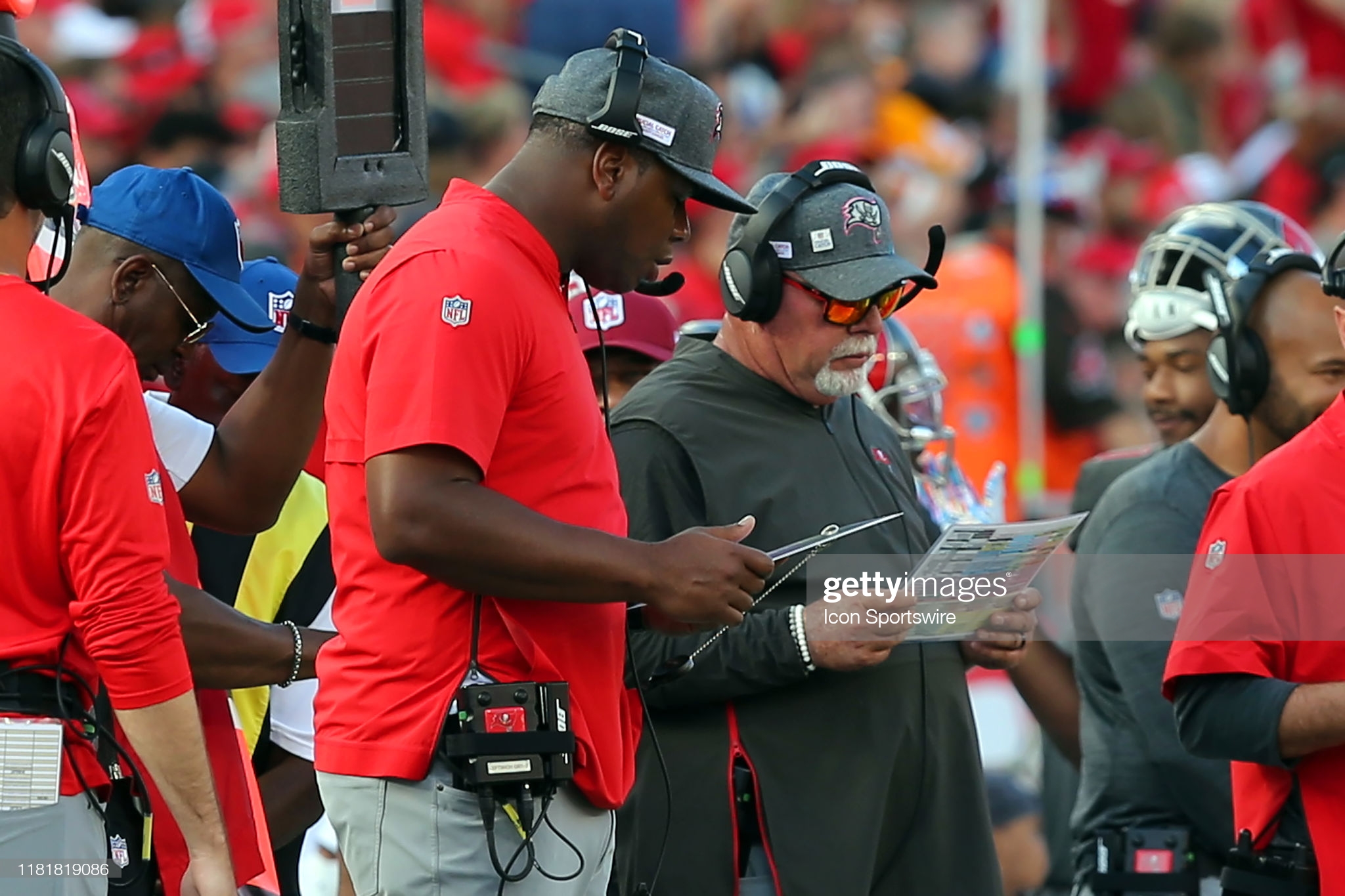 Quarterback Byron Leftwich was a first-round draft pick of the Jacksonville Jaguars in 2003. Entering the 2022 season, according to reports last night, he will now be their head coach, after spending the past four seasons as an offensive coordinator (with the Arizona Cardinals in 2018 and with the Tampa Bay Buccaneers since 2019).

Can confirm, #Jaguars expected to hire Buccaneers OC Byron Leftwich as their next head coach, per multiple sources. @E_Dilla was on it first.

Nine head coaches have either been fired or have retired since the beginning of the 2021 season, with the Las Vegas Raiders and the Jaguars relieving their head coaches of their duties midseason. Jacksonville hired Urban Mayer in 2021, but a short tenure filled with losses and controversy prompted his short stay once a report surfaced that he kicked a player while using derogatory and arrogant language, on top of a heap of other negative incidents on and off the field.

While Rich Bisaccia may remain onboard in Las Vegas, the pending official announcement of Leftwich as head coach in Jacksonville will mark the first head coach hiring of the offseason cycle, with the Chicago Bears, the Denver Broncos, the Miami Dolphins, the Minnesota Vikings, the New York Giants, and most recently the New Orleans Saints searching for their new leader.

Many of you, of course, may best know Leftwich during his four seasons as a quarterback for the Pittsburgh Steelers, first in 2008, then from 2010 through the end of his playing career in 2012. He was given a shot at a starting job in 2009 with the Buccaneers, which he couldn’t pass up.

During his time in Pittsburgh (one year of which was spent on the Reserve/Injured List in 2011), he played in eight games, making one start, completing 51 of 96 pass attempts for 617 yards with two touchdowns and one interception. He also had two rushing touchdowns on five attempts for 38 yards.

Quarterback Ben Roethlisberger always spoke very highly of both Leftwich and his other longtime veteran backup, Charlie Batch, both of whom played a big role in helping him grow and mature both on and off the field.

Former Steelers offensive coordinator Bruce Arians gave Leftwich his first coaching opportunity as an intern with the Cardinals in 2016. He served as quarterbacks coach in 2017 before spending time as coordinator in 2018. When Arians joined the Buccaneers in 2019, he took Leftwich with him.

As a minority hire, the Buccaneers will receiver a third-round compensatory draft pick in each of the next two draft cycles for losing Leftwich to a promotion to a head coaching role. He is the third individual to qualify for the incentivized minority hiring policy expansion of the Rooney Rule implemented last year, after the hirings of Robert Saleh and David Culley last year—Culley has already been fired, of course.

Update: Reports throughout the day have portrayed it as less certain that Leftwich will be given the job. The Jaguars supposedly continue to interview other candidates, but Leftwich is still at least in consideration; it has been speculated that the public leaks of other interviews could be pressure on the Leftwich camp to accept a particular offer on the table.