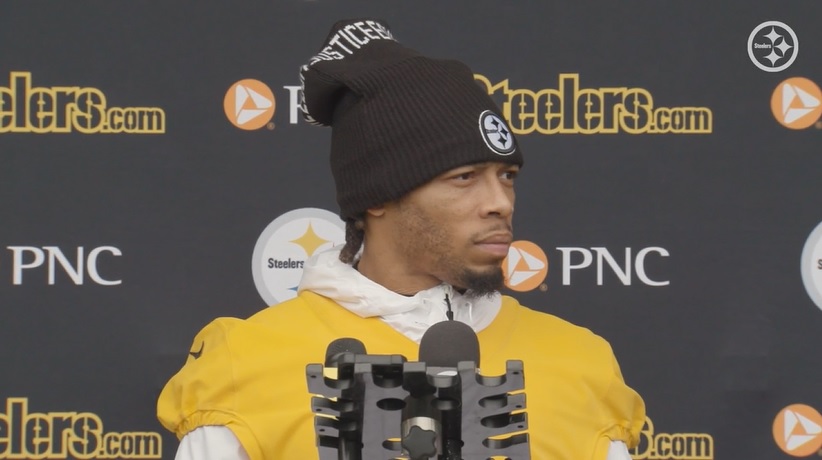 The Pittsburgh Steelers were in the playoffs in 2020. Joe Haden was not. Placed on the COVID list right before Week 17, Haden could not get cleared in time for the Steelers’ Wild Card loss, a defeat against Haden’s former team no less.

The same story nearly began to play to out again in 2021. Haden was placed on the COVID list days before Week 18’s finale. But he got cleared in 48 hours, played Sunday afternoon, and will play Sunday night against the Kansas City Chiefs. Postseason football has been rare for Haden, making his third appearance in his 12-year career. Thursday, he spoke with reporters about what that means to him.

“Oh man, it means a lot,” he told reporters via Steelers.com. “This is 12 years. It’s gonna be my third time in the playoffs, second time ever playing. You just can’t take them for granted and me being in this league this long, I just realized it so much.”

Haden said he got sick and “felt” terrible after contracting COVID but quickly recovered.

In seven years with the Cleveland Browns, he never made the playoffs. Cut right before the 2017 season, Haden signed with the Steelers, largely for the chance to compete in Januarys instead of having season’s end by Week 15. Pittsburgh made the postseason in 2017 but were bounced in the first round, a 45-42 upset loss to the Jacksonville Jaguars. To date, it’s the only playoff game Haden’s ever played in.

This might be his last chance at it, especially in Pittsburgh. Haden is set to be a free agent at the end of the season and it’s unclear if there’s enough mutual interest to re-sign him.

The fact Haden’s role has seemingly been reduced in recent weeks, playing sub-packages behind starter Ahkello Witherspoon last week, hints the Steelers aren’t interested in investing money into Haden this winter. Witherspoon is set to hit free agency, too, and the Steelers could spend their money on him as the younger and more athletic option.

Haden will be 33 next season with his best football behind him. While he’s a smart, physical cornerback, his legs are gone and he struggles to matchup against receivers with even above average speed. Father Time always wins, and he’s closing in on Haden. That means making the most of this improbable 2021 run.

Haden is the true example of players not taking for granted their opportunities. Players come into the league believing they’ll get to the playoffs, make a great run, and win that Super Bowl they’ve always dreamed off. Chances to do so are fleeting. Not everyone has Ben Roethlisberger’s career arc, winning the big one early and consistently competing for the rest of his career, grabbing another ring in the process. If the Steelers remain alive after this weekend, Haden won’t just have his first playoff victory. He’ll have another playoff game to get ready for.