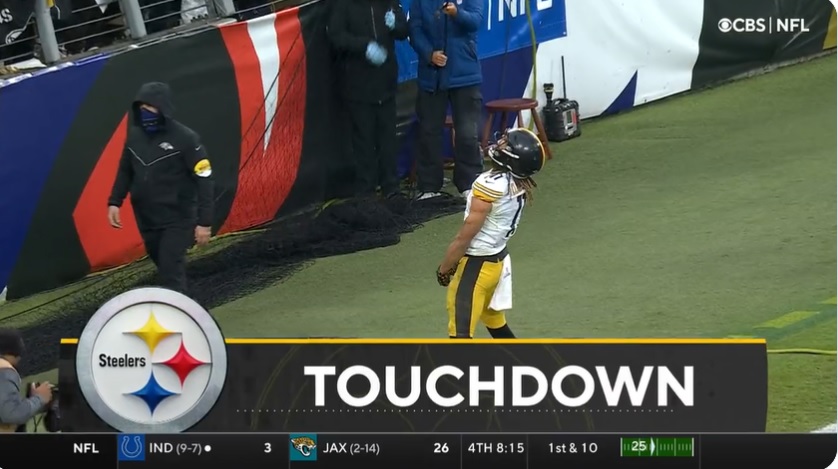 Almost all of 2021, WR Chase Claypool has been the villain, the lightning rod for criticism.. And understandably so. Overall, he’s had a disappointing year two, marred by distractions and storylines on and off the field.

But for at least one moment though in Week 17, all that changed. It was Claypool making the play and cleaning up for someone else’s mistake.

Today, we’re looking at the only touchdown the Steelers scored Sunday. It came on something close to a broken play. But like they have all season, the Steelers made it work.

2nd and goal from the six, three minutes left in the game, Pittsburgh down four. Steelers come out in empty and at the line, Roethlisberger appears to make a couple checks based on the alignment and look he’s getting. It appears he wants TE Zach Gentry “hot” on this play, running a quick slant to the middle against the soft coverage he’s getting to the trips side. With his size, he should be able to barrel his way into the end zone for the score. You can see the defensive coverage and Roethlisberger’s signal, fingers pointed at his helmet, here. 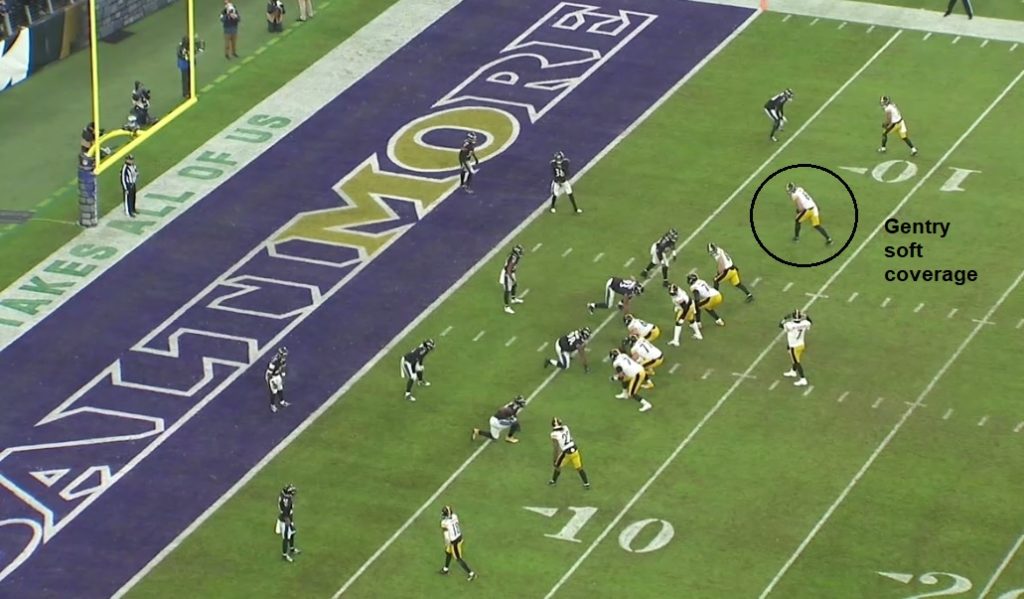 But on the snap, Gentry misses his hot read. He runs a corner route, which was probably the route combination out of the huddle, a smash concept with Gentry to the corner and Claypool underneath on the slant. Roethlisberger goes to throw to Gentry but he’s not looking, and it forces Roethlisberger to pull the ball down. And finds Claypool open on the slant.

After the game, Claypool confirmed someone missed an audible.

“It was supposed to go to someone else but they missed the audible or whatever,” he told reporters in his post-game presser. “So I was fortunate enough to fall into that touchdown.”

My first thought was that Pat Freiermuth missed the hot route, but looking at the play more closely, it seems like Roethlisberger wanted to hit Gentry. Regardless, whoever’s route was changed didn’t get the call and Roethlisberger was – just for a moment – left out to dry. But Claypool came through. No, his route nor his catch and score were difficult. But he was the team’s lifeline and put the ball in the end zone, the only Steeler who can say did that Sunday.