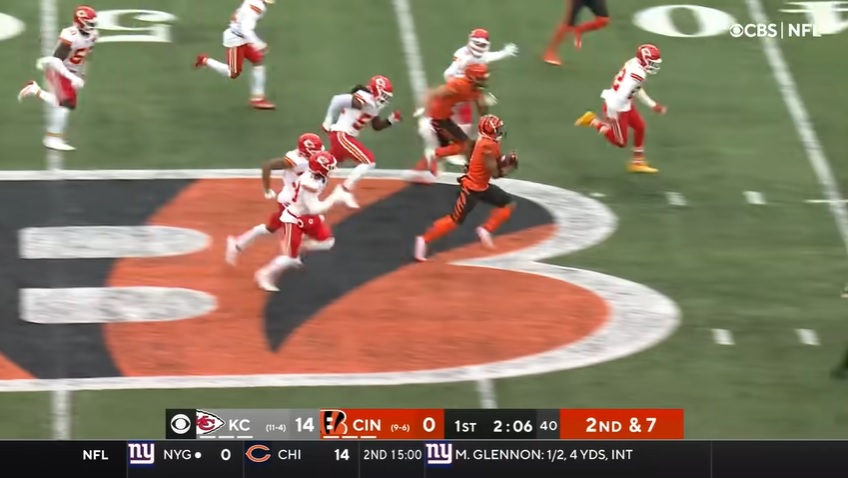 The Kansas City Chiefs present a difficult matchup for the Pittsburgh Steelers this Sunday night in the Wildcard Round of the playoffs. The Chiefs offense is known for being one of the most potent units in the league, having the trio of Patrick Mahomes, Tyreek Hill, and Travis Kelce who can shred defenses through the air on any given week. However, Kansas City has shown that they can beat defenses without their top weapons as evidenced in their Week 16 matchup against Pittsburgh where Kelce missed the game and Hill played limited snaps after coming off the COVID list, watching the likes of Byron Pringle and Mecole Hardman combine for three TDs from Patrick Mahomes.

However, the strength of the Chiefs has actually been its defense in recent weeks, pulling a complete 180 from the beginning of the season when they were bleeding yards and points to opposing offenses. They have been fairly opportunistic when it comes to the turnover department and keeping the offense from converting in the end zone over the back half of the season. Still, Kansas City has been giving up generous amounts of yards per carry on the ground at 4.8 which only Pittsburgh ranks worse in the, ranks middle of the pack in passing TDs allowed, and is 29th in the NFL with 31 sacks on the year.

Despite the improvements made, the Chiefs have yielded some big plays and can be exploited. With that being said, here are the top ten biggest plays allowed by the Chiefs defense during the regular season.

The #1 play on this list probably doesn’t come as a shock as Chase eviscerated the Chiefs defense all afternoon to the tune of 11 receptions for 266 yards and three TDs. Chase runs a comeback route from the slot on the left side of the formation and turns up field, making LB #54 Nick Bolton miss in space as he turns on the jets and pulls away from the entire defense to take the short pass to the house.

Chase having the #1 and #2 plays on this list speaks to his dominant performance as well as the inability of Kansas City to adjust mid-game to what Chase was doing to them. This second TD comes as a coverage bust with the Chiefs playing in a two-high safety look where the boundary corner plays the flats in a Cover 2 look. However, S #49 Daniel Sorensen makes a crucial mistake, biting on the slot receiver in the who is covered by the nickel and boundary corner and lets Chase run down the sideline for the easy catch-and-run TD.

Here is another play where Kansas City plays a Cover 2 look on defense after initially showing a single-high safety look pre-snap, having Sorensen drop back from the box when the ball is snapped. However, WR Stefon Diggs puts Sorensen on skates, baiting him on his cut on the corner route, immediately cutting back inside on the vertical/skinny post, getting wide open down the seam for Josh Allen to put the ball on him. Allen under throws Diggs on this play, as if he leads Diggs on this deep pass, Sorensen likely doesn’t recover and the play results in a TD.

Here in the same game as the previous play, we see a reoccurring theme of the opposing passing game taking advantage of Daniel Sorensen in pass coverage down the field. Knox lines up in the slot and carries Sorensen up the seam, breaking to the sideline but then runs the out-and-up as Sorensen commits to the deep out, breaking wide open down the field as Allen fires the ball on the run to Knox who catches the ball and runs away from Sorensen for the long TD.

The Week 8 matchup with the New York Giants turned out to be more of a defensive stalemate for Kansas City than a shootout, but New York was able to get an explosive play through the air against the Chiefs. QB Daniel Jones drops back to pass with his sights on WR John Ross attacking the seam deep down the field on third-and-long, throwing it up for grabs as Ross hauls in the bomb while being covered by, you guessed it, Daniel Sorensen to set the Giants up in Kansas City territory.

The first running play makes the list at #6, coming just a week ago against the Denver Broncos. Kansas City sets up in a base 3-4 defense on 2nd-and-10 with Gordon lining up as the lone back in the backfield in 12 personnel. Gordon takes the handoff and sees Bolton shoot through the right-side A gap, cutting to his left to hit the left-side A gap where he keeps his balance on several defenders converging on him, accelerating up the left sideline away from #53 Anthony Hitchens and finishes in the end zone for the score.

This play shows the effectiveness of the Tennessee Titans’ play action passing game that has been highly successful the last few seasons with RB Derrick Henry in the backfield as we watch both off-ball linebackers for Kansas City immediately commit to the run on first down. QB Ryan Tannehill gets great pass protection and delivers a deep ball down the left sideline to A.J. Brown who comes down with the catch in contested coverage. The pass is originally ruled incomplete, but upon review, the rule it a catch after Brown takes multiple steps in-bounds after the catch.

The biggest play for the Cleveland Browns offense against the Chiefs defense Week 1 comes right before the half on a quick pass to Jarvis Landry from Baker Mayfield. Landry gets the ball with blockers out in front and has plenty of room to run, eventually getting picked up and laterals the ball to Mayfield running behind him. Mayfield picks up a couple extra yards and laterals the ball to Kareem Hunt who is tackled shortly after getting the ball, falling short of the end zone as time expires.

Earlier in the same game, we see the Chiefs pass defense give up a deep completion to rookie WR Anthony Schwartz who lines up on CB #35 Charvarius Ward, running a bench concept to the right side of the field where Schwartz initially carries ward inside, but then uses his speed to separate as he breaks to the sideline, getting wide-open from coverage and likely houses it if he doesn’t bobble the catch, falling to the ground as he secures the completion.

Three straight plays by the Browns passing game from Week 1 round out this list with the final play being made by TE David Njoku. Cleveland is looking to put up points before the half as Mayfield drops back to pass on first down, throwing a jump ball up to Njoku down the right sideline, making a fantastic catch with Ward in tight coverage, proceeding to drag Ward after the catch for additional yardage into Kansas City territory.

There are some trends to pick up here from watching these plays. First, seven of the ten plays came in the first half of the season, speaking to the Chiefs improvement to limit the big play especially through the air outside of two long TD catches by one Ja’Marr Chase. Second, the man to attack in the passing game is Daniel Sorensen when he is on the field. As it has been mentioned on The Terrible Podcast in the previous matchup with the Chiefs where guest Adam Teicher mentioned that Kanas City had been deploying Sorensen less than the first half of the season.

When you look at Pro Football Reference, Sorenson’s snap counts have dropped drastically from the first five games of the season, but the Bengals and Giants were still able to exploit him for big plays while playing under 50% of the defensive snaps for Kansas City in those matchups.

Outside of Sorensen, Charvarius Ward is the other likely member of the Chiefs secondary to target, giving up several explosive plays of his own in coverage. To his credit, Ward was in good position against Njoku in coverage when he made his play, but Njoku just outmuscled him for the football. That being said, Pittsburgh should look to exploit better matchups this time around rather than having Ray-Ray McCloud who stands at 5’9 try and win a jump ball on Ward who stands 6’1. Getting guys like Chase Claypool or Pat Freiermuth on Ward should yield better results in contest catch situations while Diontae Johnson can likely win consistently against Ward as a nuanced route runner who separates with ease against man coverage.

Pittsburgh hasn’t been a team that has made a lot of explosive plays this season but will likely need a couple of them if they stand a chance of pulling off the upset in Arrowhead. While Kansas City has shored things up the last eight weeks of the season, they have shown they are susceptible to the big play down the field as well as the ability to catch short and run long. There is no doubt Pittsburgh has watched the tape of how other offenses have attacked this unit, but the question remains whether they will be able to generate explosive plays of their own to try and keep their playoff hopes alive.

What are your thoughts on the Chiefs defense this season and their top ten plays allowed? Do you see certain areas where they are susceptible to the big play or certain players Pittsburgh should attack? Do you think that Pittsburgh can generate a few explosive plays on offense to keep them in this game? Please leave your thoughts in the comments section and thanks again for reading!