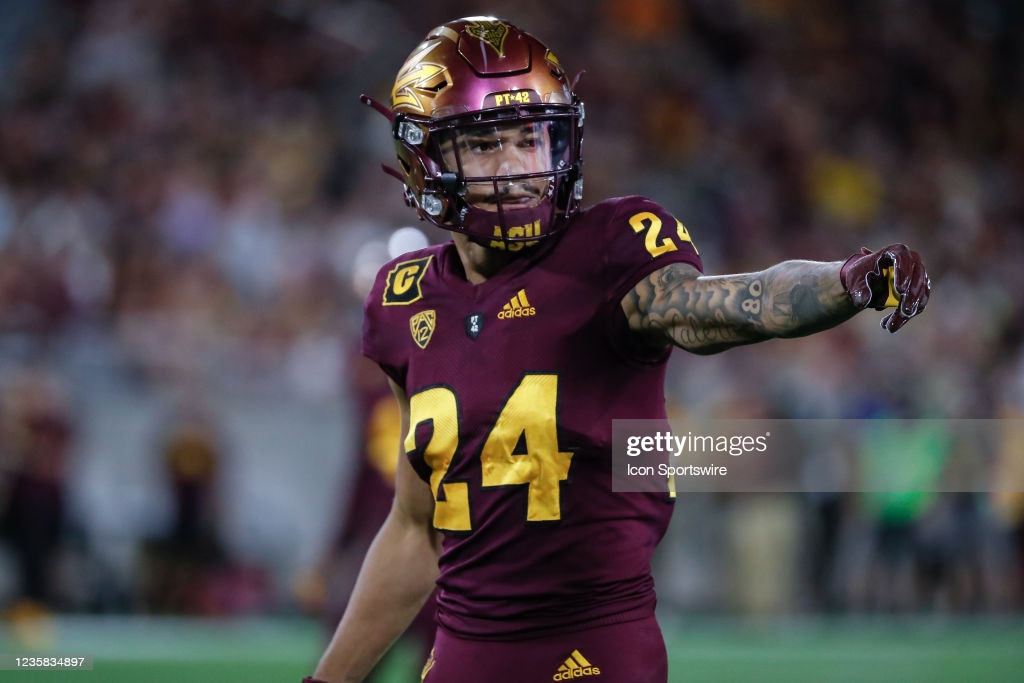 Friday’s media sessions kicked off this year’s East-West Shrine Bowl week, the 97th consecutive year this collegiate all-star game will be played, first beginning back in 1925. For our first interview of the day, Josh Carney, Dr. Melanie Friedlander, and myself were able to engage in a great conversation with a versatile cornerback who I am extremely high on in Arizona State’s Chase Lucas. His work in a Herm Edwards/Marvin Lewis led defense, one which shares many key principles with Tomlin’s current defense in Pittsburgh, made him an easy connection to the team.

Josh Carney: You know you went to Arizona State, you were a multi-year starter under Herm Edwards, and obviously Marvin Lewis was there as well. There’s a connection there for the Steelers. Mike Tomlin knows those two very well. How does that defense kind of compare to maybe what you’ve seen on Sundays with Pittsburgh? And is there a carryover in a sense to the NFL?

Chase Lucas: I really feel like the Steelers and the Sun Devils, we really ran the same defense, you know, one-high safety sometimes two-high safety, playing quarter zone. But mainly it’s just man-to-man. With Herm and Marvin, they always told us it’s cat coverages. Like, if somebody catches the ball, man, it’s your cat. So we know who to point to. But I feel like, you know, being here too with the defense and the coaches and stuff, it’s the same terminology, same everything that we’ve been learning for the past four years. So I’m blessed, man. I really am. I’m truly blessed to have two African-American head coaches that were in the NFL that taught me the ropes and really just taught me how to be a professional at the end of the day.

Owen Straley: Would you say that you feel more comfortable in off or press man coverage, or is that more of a situational, matchup dependent thing for you?

Lucas: Honestly, to me it’s just based on the player, like who am I going up against? Me, I’m a film junkie and I feel like that’s what Marvin kind of made me. So, I love studying my opponent, everything about him, whether they like to be pressed or whether they like people playing off, I just kind of dictate myself. You know, I feel like I’m a great athlete. I got good speed. And I feel like if I could just stick to my technique and just stay disciplined to my leverage and stuff, I don’t think I could be beat, you know what I mean? But I love man to man, bro.

Straley: Did you guys run any Cover Two trap coverages there where you’re inserted into the run game off the boundary?

Chase: Yes sir. Yes sir. We actually got that from the Steelers. Well, you know, Marv, he came from great coaching with the Steelers. So they call it Palm Zu, you know, which is like a fire zone, but with cover two behind it. But it’s like man to man too. Like if both go vertical, you know, the safety gotta carry the two and the corner gotta carry the one. So I love it, man. Honestly, I’ve been trying to talk to most of these dudes and ask them how their defenses are and when I throw out fire zones and stuff like that, they’re like, whoa, whoa.

.@ASUFootball plays later tonight vs. USC, and they boast two of the better DBs in the country in Jack Jones and Chase Lucas (@Chase_Lucas2).

Lucas can play outside and nickel CB at the next level, and his twitch/burst vs. quicker inside routes is a big reason why. #ShrineBowl pic.twitter.com/BA1kLCvvTV

Dr. Melaine Friedlander: What does your preparation process look like In advance of a game? Do you ever go back and look at your own play?

Lucas: The first thing I’m gonna do is I wanna see the schemes, like what type of formations they run, what kind of cues I could get to jump outs, honestly. Then after that, after I find a play or two that I can jump, I start just honing in on my opponent. And honestly that just came from Marv, man. I remember I would go into his office and he would just sit there and just click through tapes and it would just be like, ‘so you see this?’ and I’m like, ‘man, I didn’t even see that before.’ Well now you see it? So when you go back, you gotta keep looking at this. So, other than that, man, I don’t really look at myself cause I know what I can do. I just kind of gotta figure out what my advantage is to the opponent. And usually it’s just being the most aggressive and being the most knowledgeable.

Straley: A lot of guys in college kind of have that philosophy when it gets to the red zone of eliminating the slant, force the hitch and the fade and things of that nature. I think once you get to the NFL level, you start seeing a widened playbook inside of the five from receivers, so what’s your red zone philosophy right now? Specifically, what are you thinking when you see a receiver lineup across from you inside the 10, and where do you see that changing, looking toward the next level? Where are you gonna have to do to improve your game from that standpoint.

Lucas: Man, you’re right. Like college, they make it simple, you know? I mean the coaches try not to confuse the players so much. So like you said, it’s either gonna be a slant or a fade, but the more I’m watching Cooper Kupp, the more I’m watching Tyreek Hill, a lot of these dudes they’re running pivot routes, they’re running back of the end zone outs and stuff like that. What it makes me think is that I need to keep, instead of me looking at them as a person, I need to look at their hips. You know what I mean? That’s the biggest thing. And that was the thing I was trying to  put in my head over this, over this off season was just keep looking at their hips. Cause if not, man, you’re gonna be looking at peace signs!

Arizona State Redshirt Senior Chase Lucas. Not a big guy, 6-0 176lbs but throws his body around. I'm looking for more man coverage reps. ASU plays a ton of off one, but so far I've been impressed with him reading his keys and shooting with no hesitation. #CRFB @CrockerReport pic.twitter.com/Nj3MKwZcsc

Straley: Last quick one before we finish, do you feel like from the time the season ended until now you’ve added any little things to your game that you might be able to show in this week?

Lucas: Oh, that’s a great question actually. I think the more I kept watching myself last year, the more I kept trying to understand how I got beat, you know what I mean? The only times I let people catch a ball on me was at the nickel and it was mainly the leverage part, because I’ve been playing so much outside. So the problem is a lot about leverage man. Like, leverage is everything. And especially if you’re not on the same page with your safety. I think that’s the biggest thing. I started watching a bunch of the nickels that were balling this year. You know, they stayed to their leverage. They didn’t care if they caught a slant on them. Cool. That’s cool. I’ll give it up, but you’re not gonna catch this out on me. You know, I can’t let that happen. And I feel like that’s something I did let happen to me during the season was I let them catch balls to my leverage. Everybody’s gonna catch a ball, but don’t let ’em catch it to your leverage.

After a lengthy collegiate career which included 223 tackles, 12 tackles for losses, two forced fumbles, one fumble recovery, 34 passes defended, six picks, 2.0 sacks, and a blocked kick, the former Sun Devil is clearly one of the top names at this year’s Shrine Game. As we move further into the draft process, we will take a deeper dive into Chase Lucas’s game with a draft profile. We will also make sure to continue to monitor the Arizona State products work in Vegas this week at the Shrine Bowl practices, starting Saturday.