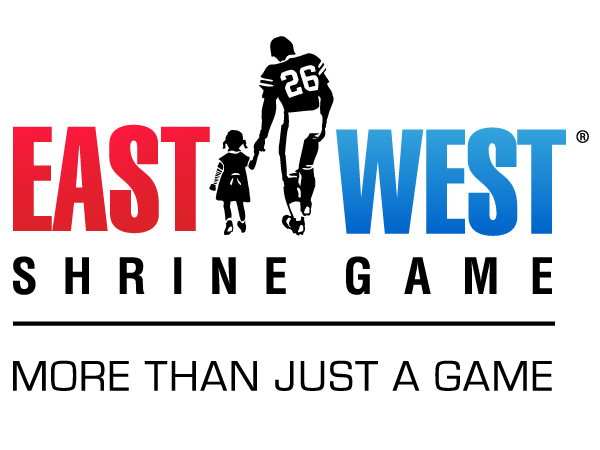 On Saturday, the Steelers Depot crew of myself, Owen Straley and Dr. Melanie Friedlander jumped in an Uber and headed over to the Fertitta Football Complex in the heart of the University of Nevada Las Vegas’s campus for Day 1 of practices. Owen covered the East practice for the site, while I cover the West below.

-Things started off rather slow with some team stretches and and individual position warmups. I was able to take in the quarterbacks in and centers warming up, and it was pretty noteworthy that Baylor’s Xavier Newman-Johnson and Washington’s Luke Wattenberg worked at center with quarterbacks Jack Doan of Notre Dame, Skylar Thompson of Kansas State, and Brock Purdy of Iowa State.

Watching @BUFootball @XavierNewman55 getting work in at center today. Big fan of his. So much versatility along the iOL. pic.twitter.com/CfRBikGTKq

-Newman-Johnson played both guards and center at Baylor, but it was a bit surprising to see him start out the day working at center after telling the Steelers Depot crew on Friday that he was more comfortable at left guard. He is a bit undersized, but he moves well and is extremely smart. He can certainly hold down the center position at the next level, but I thought he might get some work at left guard.

-ONe guy that just really stood out in team stretches was Arizona State’s Chase Lucas. He was so darn vocal all day, but was talking a lot in general during team warmups. He’s a fun guy to be in the vicinity of. He also is extremely flexible and is an easy mover overall.

-Following the team stretch the West team broke off into individual drills with the offensive linemen working on inside and outside duo, while the receivers, running backs and tight ends found themselves matched up with linebackers, cornerbacks and safeties in 1v1.

-Wisconsin’s Jack Sanborn had a really rough rep in 1v1 early on against Florida State running back Jashaun Corbin, but he bounced back in a big way, running stride for stride in coverage against the likes of North Carolina running back Ty Chandler and USC running back Keontay Ingram.

-Utah linebacker Nephi Sewell really had a strong day in coverage, running step for step with Baylor’s Trestan Ebner forcing an incompletion, and then stuck with Maryland tight end Chigoziem Okonkwo on a crossing route. He really flashed at times in 1v1.

-Ole Miss linebacker Chance Campbell made the play of the day in the 1v1 session, picking off a pass on an in-breaking route showing off his ability to recover in space and show off his strong hands at the catch point. He really moved well overall and was not overwhelmed one bit in 1v1.

-Though tight end might not be much of a need, the tight end group really flashed for the West, as Virginia tight end Jelani Woods, a former Oklahoma State product, really dominated 1v1 reps, using his massive frame to pluck the football out of the air in contested catch situations, and really run smooth routes getting into and out of his breaks with ease. He is a ginormous human and really stood out in a good way. So too did UAB tight end Gerrit Prince and Oregon State tight end Quitoriano Teagan. Both worked vertically very well and created ample separation, raising some eyebrows among scouts and front office executives I found myself standing next too on the sidelines throughout the practice session.

-One tight end that struggled throughout the day was Okonkwo, who really labored to create any type of separation and really wasn’t able to haul in any passes in 1v1, though the throws from the quarterbacks on the West roster were rather rough, one of which led to Okonkwo taking a hard tumble on the sideline.

-USC running back Keontay Ingram really flashed throughout the late morning session as a receiver out the backfield. He scored on a wheel route down the far sideline in 1v1s against Clemson’s Baylon Spector, and later hauled in a checkdown from Purdy in team 11-on-11, running over Lucas in the flat on the play. He’s a thick back with great hands and could really carve out a role as at third down running back at the next level.

-The one matchup I truly loved in team 1v1s was Sewell against Chandler out of the backfield. Sewell is well built for the linebacker position and moves rather well. Chandler is a former 5-star recruit and really had a great season as an all-around running back at North Carolina in 2021. The two matched up multiple times and both won some reps. I hope to see more of that in the coming days.

-In 7-on-7s, Baylor wide receiver Tyquan Thornton — a guy myself, Dr. Mel and Owen are rather high on at the moment — really impressed. He has a rail-thin frame and small hands, but he just makes play after play. He’s a terrific route runner, is physical in the air and has a massive catch radius. He made a great play along the near sideline on a jump ball over Arizona State’s Jack Jones, showing off his body control by contorting in the air to get to a ball thrown well behind him.

-Oklahoma State’s Tay Martin was an absolute star of the session. He won nearly every single rep he took and made some highlight-reel catches. Coming from the Air Raid systems of Washington State and Oklahoma State, Martin doesn’t have the full route tree at his disposal, but he really separated throughout the late morning session and turned some heads.

-Really liked what I saw from some of the linemen on the West team, including the likes of Baylor’s Newman-Johnson and Washington’s Wattenberg. Both really flashed athleticism and power and seemed to really pick up the offense quickly. Both weren’t as vocal as I’d like inside, but the athleticism really shows.

-Defensively, Tennessee’s Matthew Butler dominated throughout the day, showing off his power and impressive burst throughout individual and team reps. He is a very large human and towered over some of the interior offensive linemen on the day. He’s a gentle giant though, a great personality off the field.

#Tennessee DT Matthew Butler (6034, 299) flashed throughout the first day of practice at the East-West @ShrineBowl.

Quick first step, active hands, and firm at the point of attack. From drill-to-drill, he continued to put together stand out moments. pic.twitter.com/qP1EI3bENL

-Wrapping it up with some special teams talk. Colorado State punter Ryan Stonehouse has an absolute bazooka for a leg. He was outstanding in punting drills. He not only has solid hang time, but the distance is there too. He was one of the top punters in the Mountain West Conference throughout his time with Colorado State and is very clearly playing his way into a draftable punter at this point.

We’ll have much, much more coming in the next few days, including practice notes for the final three practices for the East and West, as well as player interviews and more for Steelers Depot. Let us know in the comments section below what you’d like to see more of from the notes articles, in terms of position focus or individual players. Thanks as always for reading!