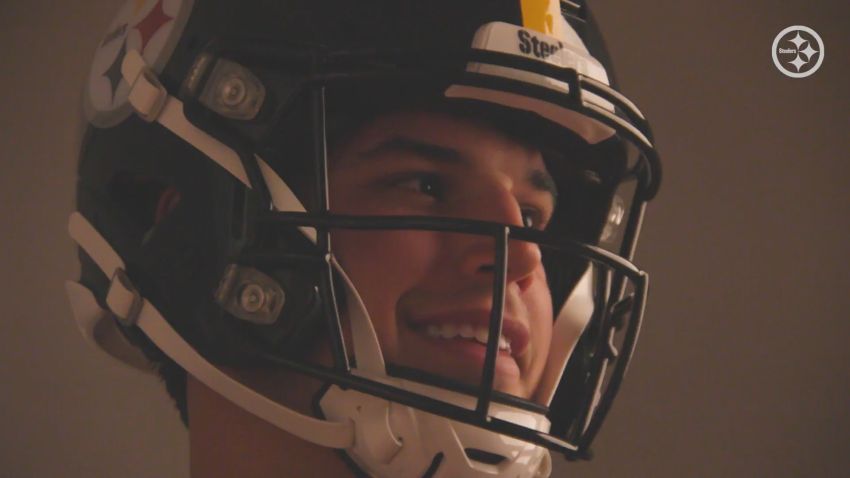 Who will be the Pittsburgh Steelers starting quarterback for the team’s Week 1 game of the 2022 regular season? That’s a great question as we sit here in January but there are updated odds now released on this Wednesday that show Mason Rudolph as the current favorite to be the Steelers Week 1 quarterback to kick off the team’s post-Ben Roethlisberger era in 2022.

The odds below, as pointed to by Ben Axelrod on Twitter, come courtesy of sportsbetting.ag. These current odds have Rudolph installed as the favorite to be the Steelers Week 1 quarterback in 2022 at +275. Rudolph is followed by current Las Vegas Raiders quarterback Derek Carr at +700 and current San Francisco 49ers quarterback Jimmy Garoppolo at +750. It’s worth noting, however, that both Carr and Garoppolo are currently under contract with their respective teams through the 2022 season. Unless either are cut, the Steelers would need to acquire each player via a trade.

As far as quarterbacks from the 2022 NFL Draft class go, Pittsburgh quarterback Kenny Pickett is the favorite to be the Steelers Week 1 quarterback to start the 2022 regular season at +900. He is followed by Mississippi quarterback Matt Corral at +1200 and then by Liberty quarterback Malik Willis at +1400.

Which player on this list presents the most intriguing odds? Perhaps Marcus Mariota at +1300. He is currently with the Raiders but is scheduled to become an unrestricted free agent at the start of the new league year in March. He has draft pedigree as a former first round draft pick, should come cheap and has mobility still.

So, based on the odds below, which player would you bet a dead Benjamin Franklin on today to be the Steelers Week 1 starting quarterback for the 2022 regular season? Let me know in the comments. 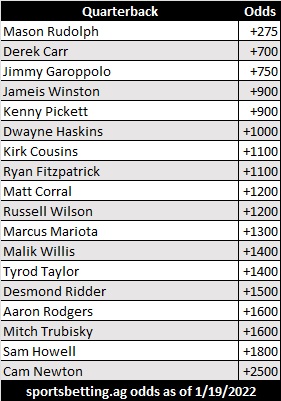